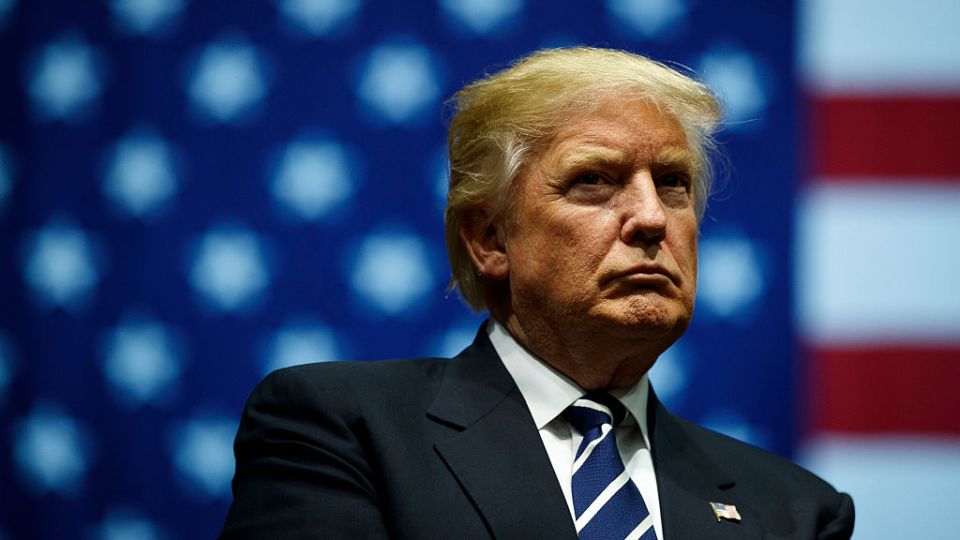 Donald Trump will reportedly go to his Florida resort instead. Photo: Getty

Donald Trump will break with 150 years of American tradition by refusing to attend the inauguration of his successor Joe Biden as pressure intensifies to impeach the president in his final days in office.

Hours after releasing a scripted video promising a peaceful transition, Mr Trump wrote on Twitter that he would skip the ceremony.

“To all of those who have asked, I will not be going to the Inauguration on January 20th,” he tweeted.

To all of those who have asked, I will not be going to the Inauguration on January 20th.

Mr Trump will be the first incumbent president since Andrew Johnson in 1869, who was the first president to be impeached, to skip his successor’s inauguration.

The ceremony traditionally involves the incoming and outgoing presidents as a symbol of America’s peaceful transition of leadership.

It comes as Democrat Speaker of the House Nancy Pelosi called the president “unhinged” and revealed she was seeking precautions to prevent Mr Trump ordering a nuclear strike in his remaining 12 days in office.

“This morning, I spoke to the Chairman of the Joint Chiefs of Staff Mark Milley to discuss available precautions for preventing an unstable president from initiating military hostilities or accessing the launch codes and ordering a nuclear strike,” Ms Pelosi wrote in a letter to colleagues.

“The situation of this unhinged President could not be more dangerous, and we must do everything that we can to protect the American people from his unbalanced assault on our country and our democracy.”

Earlier on Friday (local time), Democrats were discussing whether to move forward with the quick impeachment of Mr Trump if his cabinet didn’t try to remove him first.

Though Mr Trump has less than two weeks in office, lawmakers and even some in his administration began discussing options for his removal on Wednesday afternoon.

Representative Katherine Clark, a member of House Democratic leadership, said procedural moves could allow them to move far quicker than they did on Mr Trump’s impeachment last year.

“I can confirm that we have had discussions about it and I would hope that the Speaker would move forward if the vice president refuses to do what he is required to do under the constitution,” said Representative James Clyburn, the No. 3 House Democrat, on CNN.

“Everyone knows that this president is deranged.”

Ms Pelosi and Senate Democratic leader Chuck Schumer have called for Mr Trump’s cabinet to invoke the 25th Amendment to the constitution.

Senator Schumer said he and Ms Pelosi tried to call Vice President Mike Pence early on Thursday to discuss that option but were unable to connect with him.

While the House could quickly vote to impeach Mr Trump, it is extremely unlikely that Congress could remove the president in the next 13 days.

The Senate would have to receive the articles and then hold a trial and vote on them. Even if it did so, the Republican Senate would be unlikely to vote to convict.

Democrats are set to narrowly take the Senate when Mr Biden is inaugurated but Senate Majority Leader Mitch McConnell holds the gavel until then.

Mr Biden has distanced himself from his fellow Democrats’ push to oust Mr Trump with the 25th Amendment.

Andrew Bates, a spokesman for the president-elect, said Mr Biden was focused on taking office on January 20 “and will leave it to Vice President Pence, the cabinet and the Congress to act as they see fit”.