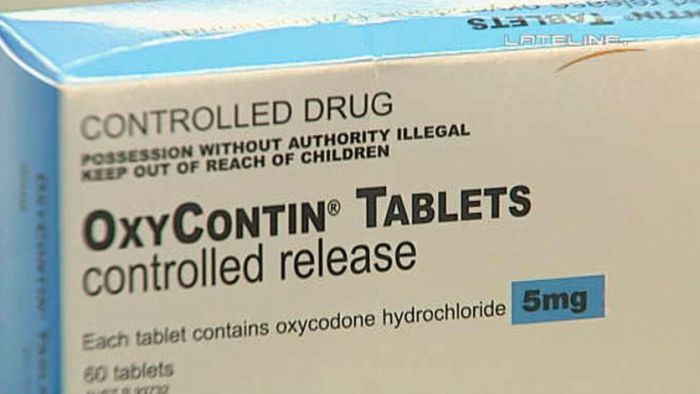 The OxyContin manufacturer has admitted its part in America's opioid crisis.

Purdue Pharma LP has pleaded guilty to criminal charges over the handling of its addictive prescription painkiller OxyContin, capping a deal with federal prosecutors to resolve an investigation into the drug maker’s role in the US opioid crisis.

The criminal violations included conspiring to defraud US officials and pay illegal kickbacks to both doctors and an electronic healthcare records vendor, all to help keep medically dubious opioid prescriptions flowing.

Members of the billionaire Sackler family, who own Purdue, were not part of Tuesday’s court proceedings and have not been criminally charged.

They agreed in October to pay a separate $US225 million ($A306 million) civil penalty for allegedly causing false claims for OxyContin to be made to government healthcare programs such as Medicare.

They have denied the allegations.

Purdue chairman Steve Miller entered the guilty plea on the company’s behalf and admitted to its criminal conduct under questioning from Assistant US Attorney J. Stephen Ferketic.

Of the three criminal counts against Purdue, two were for violations of a federal anti-kickback law while another charged the Stamford, Connecticut-based company with defrauding the US and violating the Food, Drug and Cosmetic Act.

Purdue’s plea deal carries more than $US6.5 billion in penalties, most of which will go unpaid.

A $US3.54 billion criminal fine is set to be considered alongside trillions of dollars in unsecured claims as part of Purdue’s bankruptcy proceedings.

Purdue has agreed to pay $US225 million toward a $US2 billion criminal forfeiture. But the Justice Department will forego the rest if the company completes a bankruptcy reorganisation dissolving itself and shifting assets to a “public benefit company” or similar entity that steers the $US1.775 billion unpaid portion to thousands of US communities suing it over the opioid crisis.

A sentencing imposing those penalties is set to come down the line, near the time Purdue receives court approval for a bankruptcy reorganisation.

OxyContin maker pleads guilty in US