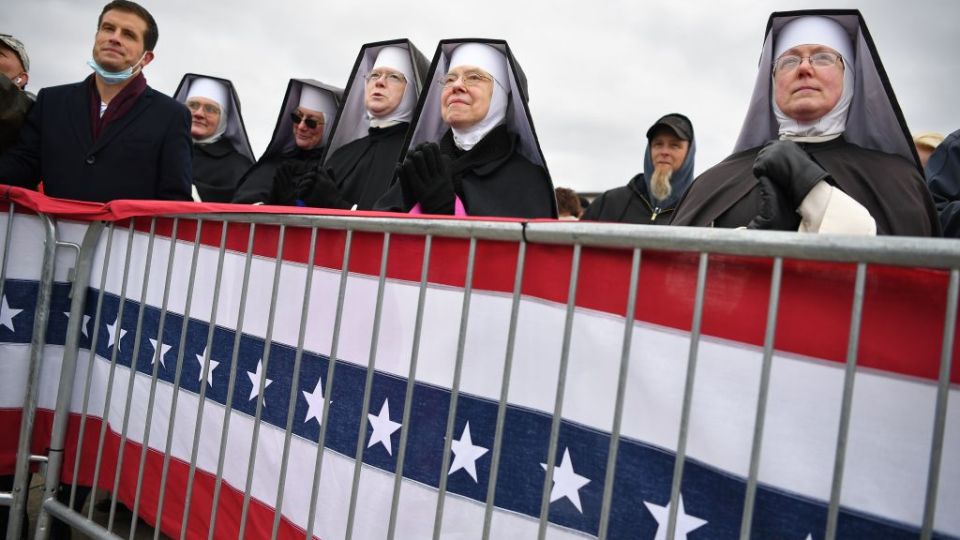 Donald Trump and Joe Biden will criss-cross the Midwest’s battleground states amid a surge in early voting that’s predicted to lead to the highest voter turnout in 100 years.

Texans have already cast more ballots in the US presidential election than all of 2016 – with more than 9 million ballots so far – an unprecedented flood of early voting in the state.

Across the country, more than 84.5 million Americans have already posted their ballot or voted in person, according to the US State Elections Project.

The bulk of the votes – 25 million – have been cast in the three most populous states, California, Texas and Florida.

Texas was the first state to hit the milestone of its 2020 early votes exceeding the 8,969,226 that were cast in the entire 2016 election, according to an Associated Press tally from data provided by Texas officials.

Voters in Texas do not register by party affiliation so no one can be sure until the ballots are counted whether one party or the other will benefit from the surge in turnout.

Early voting data show that far more Democrats have voted by mail across the US, while Republicans are expected to turn out in greater numbers on Tuesday.

Ahead of the final weekend before Election Day both candidates will barnstorm across battleground states in the Midwest, including Wisconsin, where coronavirus has exploded anew.

On Thursday they both campaigned in Florida where Mr Biden held a socially distanced drive-in rally and accused Mr Trump of hosting another “super-spreader” event.

Michigan and Wisconsin were two of the three historically Democratic industrial states, along with Pennsylvania, that narrowly voted for Mr Trump in 2016, delivering him an upset victory.

Minnesota, which has not voted for a Republican presidential candidate since 1972, is one of the few Democratic states that Trump is trying to flip this year.

Mr Biden has held a steady lead in opinion polls in Minnesota and said his visit was not a sign he was worried about the state.

Overall, the map looks ominous for Mr Trump, who has consistently trailed Mr Biden in national polls for months because of widespread disapproval of his handling of the coronavirus.

Polls in the most competitive states, however, have shown a closer race.

The deluge of mail-in ballots makes it likely that the winner of several states, including major battlegrounds such as Pennsylvania and Wisconsin, will not be clear on Tuesday night, as election officials expect the vote-tallying to take days.

As a result, preliminary results from states like Pennsylvania that do not begin counting mail-in ballots until Election Day could show Mr Trump in the lead before flipping as more Democratic-heavy ballots are added, a phenomenon some have called the “red mirage” and the “blue shift.” Several Pennsylvania counties have said they will not begin counting mail-in ballots until Wednesday.

The final days of the campaign have continued to be dominated by the pandemic, which has killed some 228,000 people in the US and decimated the economy.

Mr Trump has maintained a frenetic pace, holding up to three rallies a day with thousands of attendees despite concerns the events could spread the virus.

Mr Biden has held smaller events, including “drive-in” rallies where supporters remain in their cars for safety, and has also spent a couple of days near his home state of Delaware.

As Trump and Biden barnstorm Midwest, one US state hits voting milestone