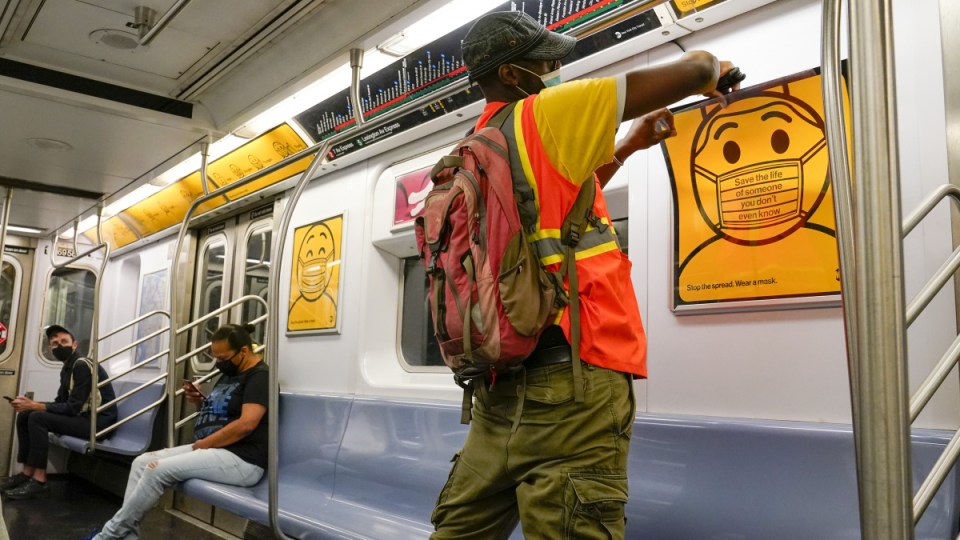 New Yorkers have been urged to remain vigilant about the virus as infection rates creep up.

The number of people worldwide who have died from complications with COVID-19 has topped one million as dozens of US states record an increase in cases over the past two weeks.

According to data compiled by US researchers at Johns Hopkins University, more than 33.2 million cases of the virus have been recorded worldwide since the beginning of the pandemic nine months ago.

The true number of cases is likely to be higher due to the existence of undetected cases.

In the United States, which has the highest number of deaths and cases of any country, more than 205,000 people have died and more than 7.1 million have contracted the disease, according to the data.

“We must never lose sight of each and every individual life,” he said in a video statement.

New York ‘not in a good place’

Meanwhile, the percentage of COVID-19 tests taken in New York state that have come back positive has edged up in a worrisome trend for the former epicentre of the US epidemic.

New York’s positivity rate had hovered around 1 per cent for weeks, a hard-won metric after the state tallied thousands of cases a day during the peak of its outbreak in the northern spring.

The rate’s uptick to 1.5 per cent comes with 27 other US states recording increases in the number of cases for two straight weeks.

“It’s basically Brooklyn, Orange and Rockland that are increasing this number,” Governor Andrew Cuomo said on Monday (local time), adding that health officials were looking into COVID-19 clusters in these locations.

He said officials were still trying to determine why the rise in those areas, all in the southern part of the state.

In some Brooklyn neighbourhoods, the positivity rate is as high as 5-7 per cent.

Cases in New York state have risen 4.4 per cent so far in September, one of the smallest increases among US states.

Its positive test rate remains much lower than some midwestern states, where 15 per cent of tests have come back positive.

Mr Cuomo urged New Yorkers to remain vigilant in mask-wearing and warned of consequences if they do not.

“It’s not time to get tired because the virus isn’t tired,” he said.

The number of new cases has risen two weeks in a row in 27 of 50 US states, with North Carolina and New Mexico reporting increases above 50 per cent last week.

The Midwest has emerged as the country’s new hotspot, with hospitalisations surging.

The positivity rate has risen to 26 per cent in South Dakota, up from 17 per cent last week, according to an analysis using The COVID Tracking Project data.

The World Health Organisation considers rates above 5 per cent concerning because it suggests there are more cases in the community that have not yet been uncovered.

Top infectious disease expert Anthony Fauci told Good Morning America on Monday he was concerned about the trend as the weather got colder and people spent more time indoors, increasing the likelihood of spread.

“We’re not in a good place … because as we get into the fall and the winter you really want the level of community spread to be as low as you can possibly get it,” Dr Fauci said.

‘Not in a good place’: Virus rates rise in NY state as global death toll exceeds one million people