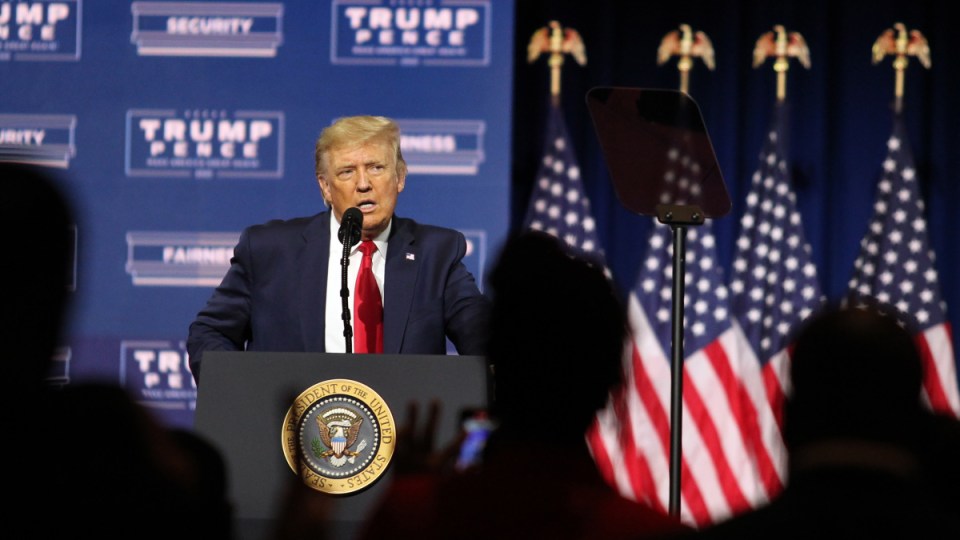 Donald Trump says he will declare the Ku Klux Klan and the far-left Antifa network as terrorist organisations. Photo: AP

US President Donald Trump has announced he will designate the white supremacist Ku Klux Klan group and the far-left Antifa network as terrorist organisations.

Mr Trump’s policy is part of slate of proposals unveiled on Friday (local time) in an attempt to sway black voters ahead of the November election.

The President has for months been saying he plans to declare Antifa – a loose network of people that often promotes far-left militancy – as a terrorist organisation.

There is no domestic terrorism statute in the US that would allow for such a designation.

Attorney General William Barr has claimed groups using “Antifa-like tactics” fueled violent clashes in Minneapolis after the killing of George Floyd, a black man who died after a white police officer pressed a knee into his neck for nearly nine minutes.

However FBI Director Christopher Wray told a congressional panel last Thursday that Antifa is more of an ideology or a movement than an organisation, comments that did not please Mr Trump.

“I did not like his answers … I’m not sure he liked them either. I’m sure that he probably would agree with me,” Mr Trump said last week.

As part of the plans aimed at black Americans, who have historically voted overwhelmingly for the Democratic party, Mr Trump is promising to direct billions of dollars in federal money to black communities.

He is also promising to declare Juneteenth a national holiday. The day on June 19 celebrates the eradication of slavery, in what Americans see as the nation’s “second independence day.”