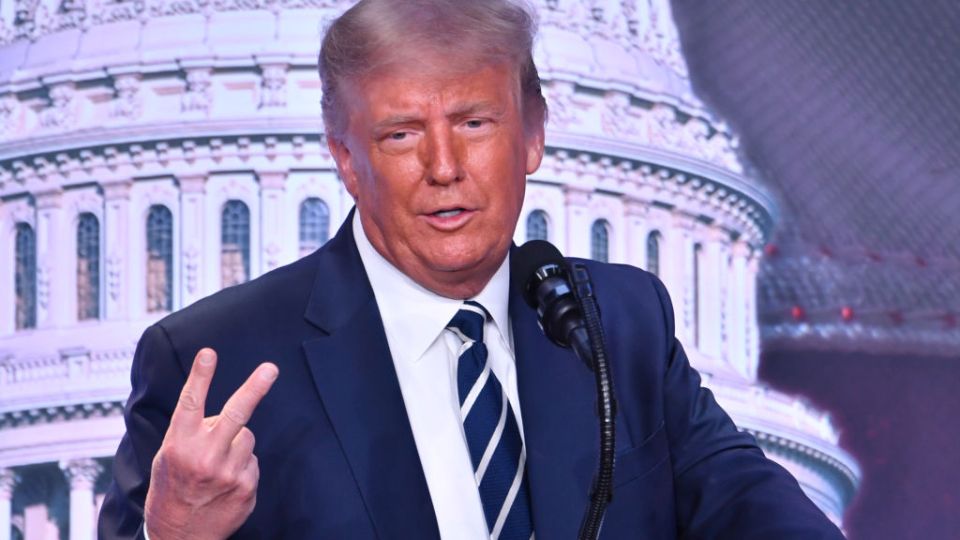 Mr Trump has lashed out at a journalist who asked him about downplaying the risks of the pandemic. Photo: Getty

US President Donald Trump has criticised his Democratic rivals for staging what he described as “the darkest and angriest and gloomiest convention in American history” after his rivals wrapped up their four-day gathering.

Mr Trump, speaking on Friday in Virginia, denounced the Democrats for “attacking” the US on racism and took umbrage with Joe Biden, the party’s nominee, for his vow to “overcome this season of darkness in America”.

However, like the Democrats, Mr Trump saw the importance in the November election.

“It’s time to reject the anger and the hate of the Democrat party. We have the biggest election coming up of our lifetime.”

Mr Trump accused the Democrats of seeking to disrupt the US energy sector and warned they will cause damage to the economy if elected.

He also threatened the opposition would take away people’s gun rights and accused them of being anti-religion.

Joe Biden accepted the Democratic Party’s presidential nomination in a speech on Thursday that sharply denounced Trump’s presidency as a perilous era and particularly hit out at his handling of the coronavirus pandemic.

“May history be able to say that the end of this chapter of American darkness began here tonight,” Mr Biden said as he rallied his supporters, though it was all done online because of the pandemic.

The Republicans have their convention next week, with Mr Trump to be nominated on Monday and deliver an acceptance speech at the end of the gathering, which will be pared back but will have more in-person elements than the Democrats.