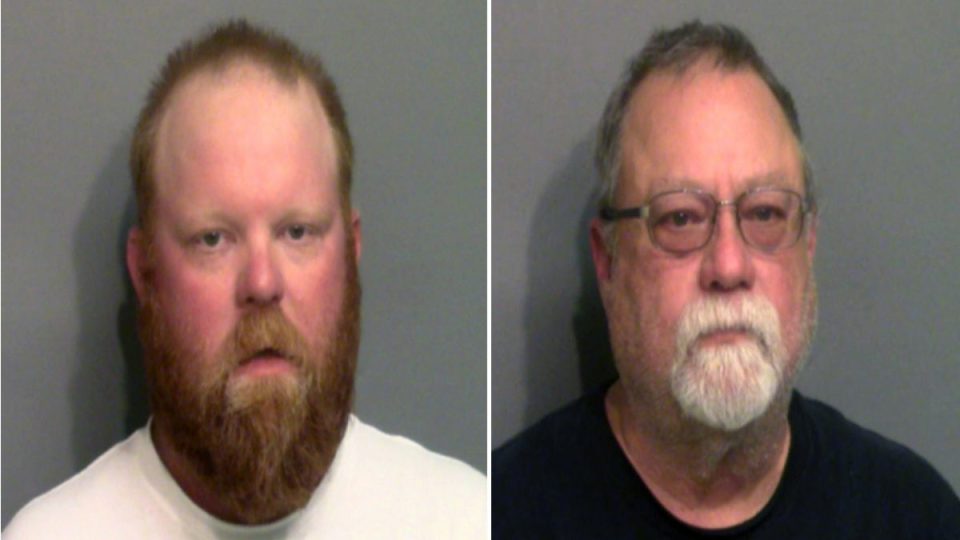 Travis McMichael, 34, and his father Gregory McMichael, 64 were each charged with murder and aggravated assault in the shooting death of Ahmaud Arbery, a 25-year-old black man. Photo: Getty

The man who filmed the shooting of an unarmed black man as he jogged in a suburban neighbourhood in Georgia has been arrested as the third white suspect accused of murder in the racially charged case.

William “Roddie” Bryan, Junior, 50, of Brunswick, Georgia, was charged with felony murder and attempt to commit false imprisonment of Ahmaud Arbery, 25, in February, the Georgia Bureau of Investigation (GBI) said in a short statement.

Mr Bryan had come forward as the man who recorded a video of the slaying that went viral, drawing outrage over the death from celebrities and activists.

Two other suspects, former police officer George McMichael, 64, and his son Travis McMichael, 34, were each charged with aggravated assault and felony murder, by the GBI on May 7.

The McMichaels told police they believed they were chasing a burglary suspect in their coastal, south Georgia neighbourhood and had tried to make a citizen’s arrest.

The McMichaels were arrested about 10 weeks after Arbery was shot on February 23, and just a few days after the video was posted on the internet. After a national outcry, a local prosecutor asked the GBI to step in.

Mr Bryan had told police that he was a bystander, his lawyer previously told the media.

His lawyer said his client committed no crime, was no vigilante and would be the state’s “star witness.”

The case is also being investigated by the US Department of Justice and activists are calling for federal hate crime charges to also be brought against the suspects.

The McMichaels are being held in the Glynn County jail without bond. There was no immediate information on bond for Bryan.