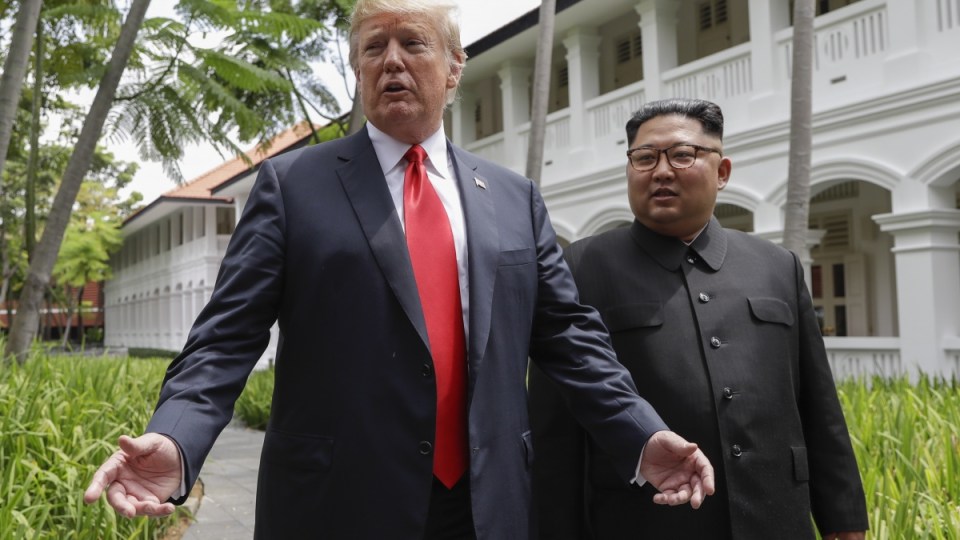 US President Donald Trump has welcomed the public appearance of North Korea’s Kim Jong Un after weeks of speculation about his health, but prospects for the US efforts to persuade Pyongyang to denuclearise appear as bleak as ever.

On Saturday, photos appeared in North Korean media showing a smiling Kim at a ceremony to mark the completion of a fertiliser plant.

Kim’s whereabouts had not been reported since he presided over a meeting on April 11, provoking speculation that he was seriously ill.

A US government source said Washington strongly believes Kim is alive, but has not been able to confirm that the photos were taken on Friday, or explain why he had not been seen for weeks.

Trump, who met Kim three times in 2018 and 2019 in unsuccessful attempts to persuade him to give up his nuclear weapons, tweeted on Saturday: “I, for one, am glad to see he is back, and well!”

The lack of a clear successor for Kim has raised fears about security in the event of political turmoil in North Korea, which borders US strategic rival China.

A US response to such a crisis has been complicated by a souring of relations with China – with Trump accusing Beijing of mishandling the coronavirus outbreak and speaking of the need for compensation.

Questions remain over the health of Kim, who although only in his mid-30s, is significantly overweight and a heavy smoker.

State TV footage showed Kim’s leg movements appearing stiff and jerky and one of images showed a green golf cart in the background, similar to one he used in 2014 after a lengthy public absence.

Specialist North Korea website NK News also spotted a dark coloured mark on Kim’s arm in video footage, which was not there on April 11. It quoted medical professionals as saying it could be related to a cardiovascular procedure – possibly a stent placement.

The choice of venue for Kim’s reemergence was concerning for US denuclearisation aims.