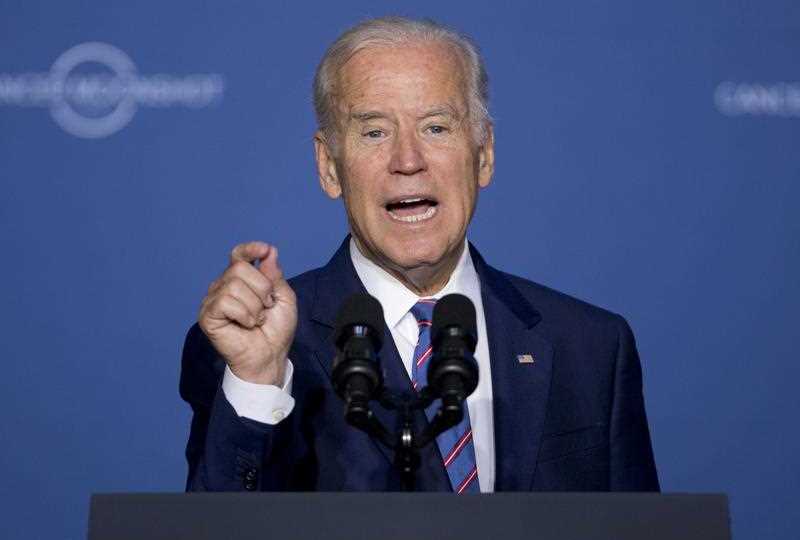 Joe Biden has surged back into contention after romping in the South Carolina primary. Photo: AP

The victory on Saturday came at a a crucial moment in Biden’s 2020 bid as he bounced back from underwhelming performances in the first three contests and headed into “Super Tuesday”, when voters in 14 states go to the polls and about a third of the delegates needed to win the Democratic nomination are at stake.

Biden hopes the South Carolina victory will be enough to establish him as the clear alternative to Sanders as the race quickly shifts nationwide.

Standing in Biden’s way, in addition to Sanders, is former New York City Mayor Mike Bloomberg, one of the world’s richest men, who has spent more than half a billion dollars courting voters in dozens of states yet to vote.

The South Carolina primary was the first major test of the candidates’ appeal among black voters.

And while it gave the 77-year-old Biden a win when he most needed it, he must still prove that he has the financial and organisational resources to dramatically expand his campaign in the next 72 hours.

He will also be under pressure to rely on his decades-long relationships with party leaders to create a new sense of inevitability around his candidacy.

Even before news of Biden’s win was declared, Bloomberg announced his own plan to deliver a three-minute prime-time address on Sunday night on two television networks. He didn’t say how much he paid for the airtime, which is unprecedented in recent decades.

And Sanders was already peeking ahead to Super Tuesday, betting he can amass an insurmountable delegate lead at that point. After two consecutive victories and a tie for the lead in Iowa, the 78-year-old Vermont senator’s confidence is surging.

Sanders was spending the lead-up to Super Tuesday campaigning in the home states of two major Democratic rivals, betting he can score a double knockout blow – or at least limit the size of their victories.

In a power play, Sanders hosted a midday rally on Saturday in downtown Boston, campaigning in the heart of liberal ally Elizabeth Warren’s political turf.

Addressing a crowd of thousands on the Boston Common, Sanders said his success in the Democratic primary means “the establishment is getting very nervous” – but he never predicted victory in South Carolina.

On the eve of Super Tuesday, Sanders will host a concert in Minnesota, where home-state Sen. Amy Klobuchar is looking for her first win.