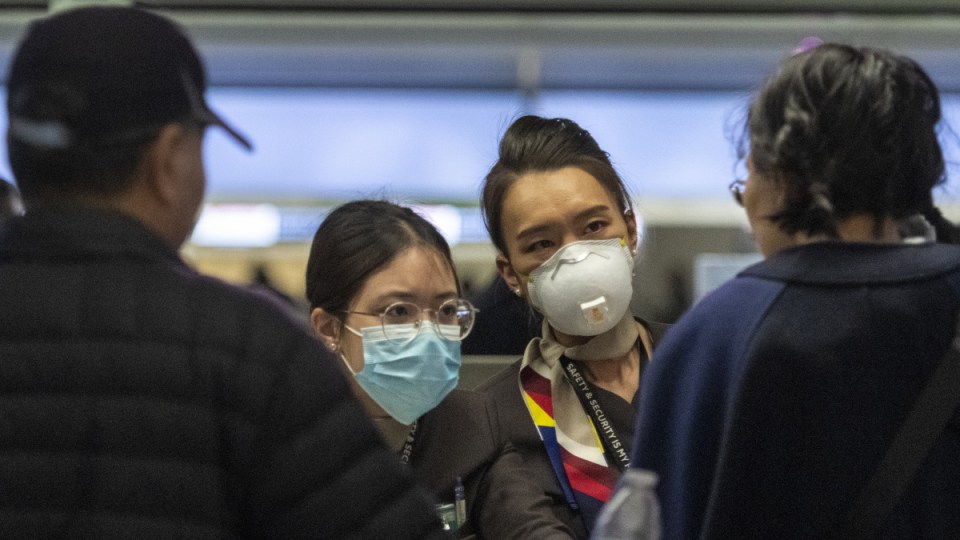 The US has previously had a limited number of COVID-19 cases – but health authorities warn more are coming. Photo: Getty

The US confirmed its first case of coronavirus in a patient with no exposure to the deadly virus.

The Californian patient – who had no relevant travel history and had no contact with other infected people – is believed to be the US’s first domestic case of COVID-19.

The diagnosis, confirmed by the Centres for Disease Control and Prevention, came just hours after President Donald Trump said the US was in “great shape” to handle a health crisis – despite increasing warnings from American health officials that the country must prepare for its own outbreak.

The US has previously had only 59 confirmed cases of coronavirus – 42 of them American citizens evacuated from the Diamond Princess cruise ship.

“At this time, the patient’s exposure is unknown,” the CDC said on Thursday (Australian time).

“It’s possible this could be an instance of community spread of COVID-19, which would be the first time this has happened in the United States.”

Also on Thursday, Mr Trump put his Vice-President, Mike Pence, in charge of managing the nation’s response to the coronavirus outbreak – while assuring Americans that the risk from coronavirus was limited.

“Because of all we’ve done, the risk to the American people remains very low,” Mr Trump said.

“We’re ready to adapt and ready to do whatever we have to as the disease spreads, if it spreads.”

Democrats in the US have called for more than $8 billion ($A12 billion) in emergency funding to combat the virus. Mr Trump confirmed he had asked Congress for $2.5 billion – but said the US would spend “whatever is appropriate” to combat the potential pandemic.

He said he was not immediately considering imposing restrictions on travel to and from countries such as South Korea and Italy that are dealing with outbreaks.

Mr Trump’s briefing at the White House – flanked by Mr Pence and US health officials – came as sharemarkets around the world tumbled in recent days as the global outbreak has accelerated. In a tweet on Wednesday, the President said the US was “in great shape!”.

“We’re ready to adapt and we’re ready to do whatever we have to as the disease spreads, if it spreads,” he said, adding the spread of the virus in the US was not “inevitable”.

“It probably will, it possibly will. It could be at a very small level, or it could be at a larger level. Whatever happens we’re totally prepared,” he said.

On Tuesday, the US CDC warned it was only a matter of time before the illness spread across communities in the US.

At the same time, New York City announced plans to provide up to 1200 hospital beds if needed. Mayor Bill de Blasio called on the federal government to help it obtain 300,000 extra protective masks.

Dr Anthony Fauci, the head of the US National Institute of Allergy and Infections Diseases, said that while the virus was contained in the country, Americans must prepare for a potential outbreak as transmissions spread outside of China.

“If we have a pandemic, then almost certainly we are going to get impacted,” Dr Fauci told CNN.