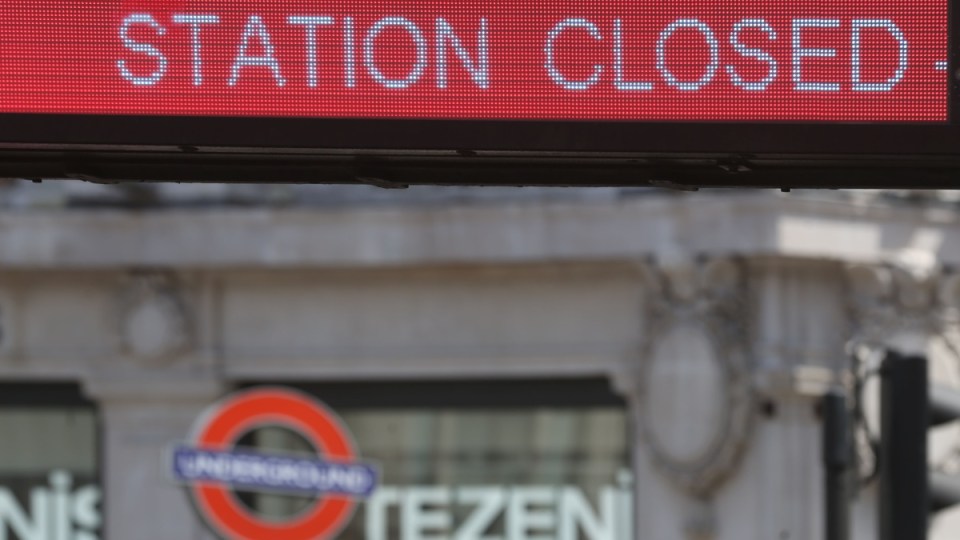 Tens of thousands of workers have walked out on the first day of the Britain’s biggest rail strike in 30 years, with millions of passengers facing days of chaos as unions and the government vowed to stick to their guns in a pay dispute.

The strike by more than 40,000 rail staff, which will be repeated on Thursday and Saturday, caused major disruption across the network, bringing most services to a standstill and leaving major stations deserted.

The London Underground metro was also mostly closed due to a separate strike.

British Prime Minister Boris Johnson, under pressure to do more to help people facing the toughest economic hit in decades, said the strike would harm businesses still recovering from COVID-19.

Unions have said the rail strikes could mark the start of a “summer of discontent” with teachers, medics, waste disposal workers and even barristers heading for industrial action as inflation pushes 10 per cent.

“RMT members are leading the way for all workers in this country who are sick and tired of having their pay and conditions slashed by a mixture of big business profits and government policy,” Mick Lynch, secretary-general of the Rail, Maritime and Transport Workers, said.

Network Rail said people should not travel by train unless absolutely necessary.

Mr Johnson told his cabinet the strikes were “wrong and unnecessary” and said his message to the country was that it needed to be ready to “stay the course” as improvements to the way railways are run were in the public’s interest.

A survey by pollsters YouGov indicated public opinion was divided, with 37 per cent supportive of the action and 45 per cent opposed.

Leo Rudolph, a 36-year-old lawyer who walked to work, said he would become more disgruntled the longer the dispute went on.

“This isn’t going to be an isolated occurrence, right?” he said.

Inflation has soared across Europe on the back of a major rise in energy costs and Britain is not alone in facing strikes.

Action over the cost of living in Belgium caused disruption at Brussels Airport on Monday while Germany’s most powerful union is pushing for large wage increases and in France President Emmanuel Macron faces unrest over pension reforms.

Retail intelligence company Springboard said footfall in British high streets was down 8.5 per cent to last week, and down 27 per cent in central London.

Britain’s railways were effectively nationalised in the pandemic, with train operating companies paid a fixed fee to run services, while the tracks and infrastructure are managed by state-owned Network Rail.

The RMT wants a pay rise of at least 7 per cent for its members. It has said Network Rail offered 2 per cent, with another 1 per cent linked to industry reforms opposed by the union.

The government, criticised for not being involved in the talks, said unions must resolve it directly with employers.

The BBC reported that further talks were due on Wednesday but even an agreement would not prevent further disruption on Thursday.

The outbreak of industrial action has drawn comparison with the 1970s, when Britain faced widespread labour strikes that culminated in the 1978-79 “winter of discontent”.

The government said it would change the law quickly to make train operators provide a minimum service on strike days, and allow employers to hire temporary staff.

The strikes come as travellers at British airports experience chaotic delays and last-minute cancellations due to staff shortages. The health service is also teetering under the pressure of long waiting lists built up during the pandemic.

Nick Kyrgios at Wimbledon: Can he win it? Yes, he can
Thousands gather at Stonehenge for summer solstice
Today's Stories