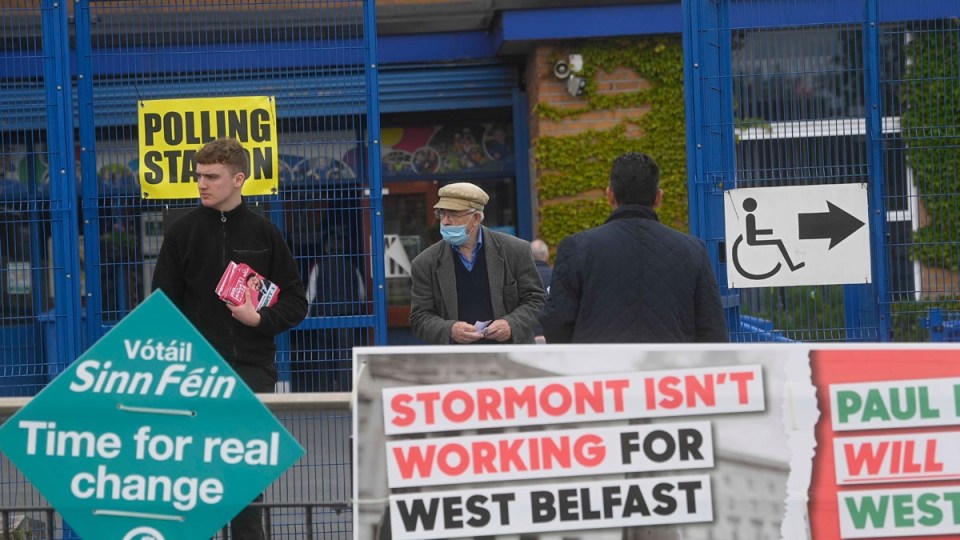 Sinn Fein has advocated splitting with the UK and unifying Ireland Photo: AAP

Sinn Fein, once considered the political wing of the IRA, has emerged as the largest party in the Northern Ireland for the first time in history after Britain’s regional elections.

Sinn Fein, which has advocated splitting from the United Kingdom and joining Northern Ireland with the Irish Republic, overtook the Democratic Unionist Party (DUP) in voting for the province’s 90-member national Assembly with 27 seats.

The traditionally dominant DUP had 24 seats and the Alliance Party had 17.

The counting of votes is still underway on Saturday, with 88 out of the 90 seats counted, according to the Electoral Office for Northern Ireland said early Sunday Australian time.

Sinn Fein is now the frontrunner to install its leader, Michelle O’Neill, as a Northern Ireland First Minister for the first time.

Ms O’Neill earlier described the election as a push for “real change” and a “defining moment for our politics and for our people”.

The 1998 peace accords, signed with the British and Irish governments after decades of deadly conflict known as The Troubles, included a clause stating a referendum on Irish unification could be held if it appeared likely that the majority of voters would back it.

Sinn Fein was once closely associated with the IRA, which fought a bloody three-decade campaign to end British rule and unite Ireland.

While it has since positioned itself as a left-wing political party, it remains an advocate of Irish unification.

DUP leader Sir Jeffrey Donaldson has not yet made a decision on whether the party will do that.

Mr Donaldson said his party would respect the result of the election, however there needed to be changes made to the Northern Ireland Protocol.

The protocol, an element of the UK’s Brexit agreement with the European Union, keeps Northern Ireland aligned with the EU single market for goods.

Some unionists have said the protocol created a trade border between Northern Ireland and Great Britain.