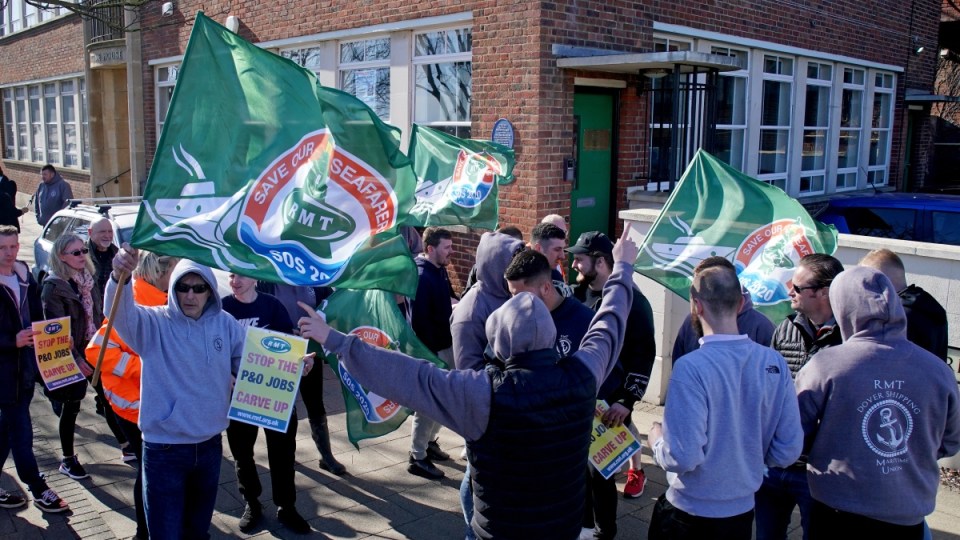 P&O Ferries in Britain has made 800 staff redundant with immediate effect and suspended crossings for coming days, sparking a backlash from politicians and unions who criticised plans to hire cheaper agency workers instead.

The shock move caused delays at Britain’s busiest port Dover and drew threats of a stand-off as trade unions urged their members to defy any instructions to leave P&O ships.

The government condemned the way P&O handled the announcement.

P&O’s move was also denounced by unions and described as a public relations disaster on social media after the BBC broadcast a clip of an unidentified man announcing the news in a pre-recorded Zoom message.

“Your final day of employment is today,” the man said, outlining plans to use a third-party crew provider.

P&O did not immediately comment when asked to verify the video.

Owned by Dubai ports firm DP World, P&O is recovering from two years of disruption when COVID-19 prevented tourists from travelling on its routes between Britain, France, Ireland and the Netherlands.

P&O, which has almost 4000 employees and operates more than 30,000 sailings a year, said it had lost £100 million ($179 million) year-on-year and the business was no longer viable in its current form.

“This is not sustainable,” a spokesperson for P&O said.

“Our survival is dependent on making swift and significant changes now. Without these changes there is no future for P&O Ferries.”

It said passengers should not travel to ports unless their journey was essential.

Transport union RMT said it had advised its members who worked for P&O not to leave their vessels.

The union said security guards with handcuffs were looking to board ships to remove staff.

Reuters could not independently verify that.

Transport department minister Robert Courts said the way workers were informed of their dismissal was insensitive and completely unacceptable, and that he had told the company that.

“There can be no doubt that the pandemic has had a devastating impact on the finances of many travel companies, including P&O,” he told parliament.

“But while their finances are matters for them, and them alone, to take, I would have expected far better for the workers involved.”

British unions and opposition politicians have accused some companies of using a “fire and rehire” tool that allows them to move staff on to weaker contracts with lower pay as they seek to rebuild after the pandemic.

“No ifs, no buts – an overseas conglomerate cannot be given free rein to sack workers in secure jobs here in Britain at the click of a button, and replace them with agency staff,” said Louise Haigh, the opposition Labour Party’s transport spokeswoman.

In March 2021, DP World reported an 11 per cent jump in 2020 revenue and said it would continue to invest in the segment even as it acknowledged that P&O Ferries and Ferrymasters had been through a “particularly challenging time” due to COVID-19.