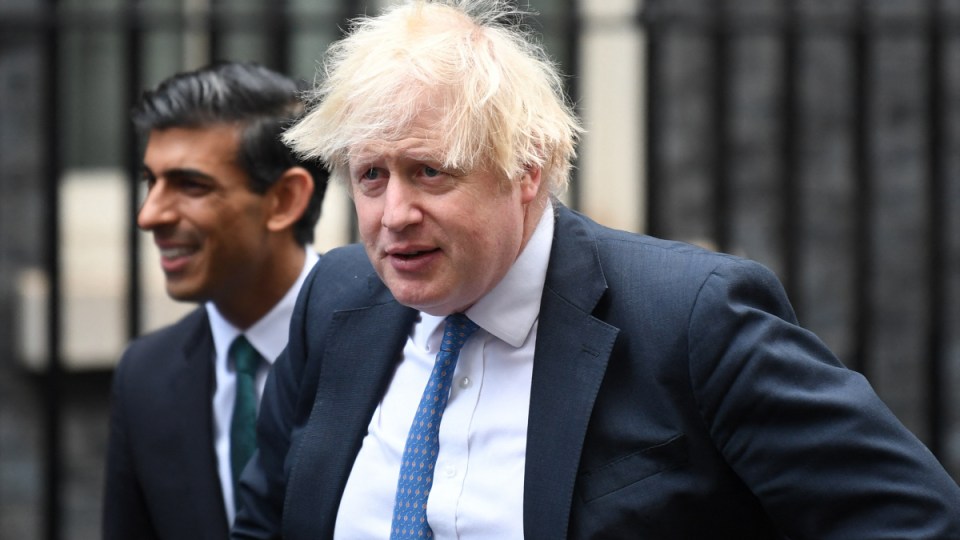 Four of Boris Johnson’s closest aides have resigned in a turbulent day for his government, as the British Prime Minister tried to reset his administration in the face of a series of scandals that have put his position in peril.

Mr Johnson’s leadership faces a growing crisis amid anger at alcohol-fuelled parties held at his Downing Street office and residence during coronavirus lockdowns, which followed other missteps.

Angry politicians from his own Conservative Party, some of whom have already called for his resignation, have demanded an overhaul of Mr Johnson’s Downing Street operation if he is to remain in power.

On Thursday, three of his top aides – chief of staff Dan Rosenfield, principal private secretary Martin Reynolds, and director of communications Jack Doyle – all resigned in what some Conservative MPs said looked like the start of a somewhat disorganised reset in Mr Johnson’s administration.

However, a fourth quit over a barb Mr Johnson made at the leader of the main opposition Labour party, something for which his finance minister also criticised him.

“On Monday Boris Johnson promised MPs change. Tonight we see that change starting to happen and I welcome this quick action by the prime minister,” MP Stuart Anderson said on Twitter, one of several of Mr Johnson’s supporters who took to social media to applaud the shake-up.

Mr Johnson pledged to change his leadership style after a report by senior civil servant Sue Gray into the gatherings held at his Downing Street office and residence condemned “serious failures of leadership”.

Mr Rosenfield, Mr Reynolds and Mr Doyle were directly linked to the gatherings – Mr Reynolds was reported to have sent an email asking attendees to “bring your own booze” to one.

Mr Johnson’s office said Mr Rosenfield and Mr Reynolds would remain in their posts for the time being.

Whether the clearout in Mr Johnson’s top team will be enough to see off the crisis remains to be seen.

His personal ratings have plummeted and his party has fallen well behind Labour in opinion polls amid a series of scandals and gaffes. The police are still investigating 12 of the lockdown gatherings, and a more detailed report from Ms Gray with potentially more damaging revelations could follow afterwards.

The political problems also come as British households face a cost of living squeeze with energy prices set to soar in April, while the Bank of England also raised interest rates again on Thursday.

Mr Johnson, who won a massive majority for the Conservatives in a 2019 election, has also been condemned this week for accusing Labour leader Keir Starmer of failing to prosecute Jimmy Savile, one of Britain’s worst sex offenders, during his time as director of public prosecutions.

The false claim, which Mr Starmer said amounted to Mr Johnson “parroting the conspiracy theories of violent fascists”, angered not only opponents but also some within the Tories.

Mr Johnson has declined to apologise but did back down from the comments on Thursday, saying “a lot of people have got very hot under the collar”.

“I’m talking not about the leader of the opposition’s personal record when he was … DPP and I totally understand that he had nothing to do personally with those decisions.”

However, it failed to satisfy Munira Mirza, his head of policy, who had worked with him for 14 years – she instead quit her job. It also provoked criticism from finance minister Rishi Sunak.

“This was not the usual cut and thrust of politics; it was an inappropriate and partisan reference to a horrendous case of child sex abuse,” The Spectator magazine cited Ms Mirza as saying in a letter to Mr Johnson.

“I hope you find it in yourself to apologise for a grave error of judgment made under huge pressure … It is not too late for you but, I’m sorry to say, it is too late for me.”

Asked whether the Prime Minister should have apologised, Mr Sunak, who along with foreign minister Liz Truss is considered a leading contender to replace Mr Johnson should he be forced out, said: “Being honest, I wouldn’t have said it, and I am glad the Prime Minister clarified what he said.”

Savile, a celebrated TV and radio host, was never prosecuted despite a number of police investigations. After his death in 2011 at age 84, it was revealed he had abused hundreds of victims.

Mr Starmer, who headed the Crown Prosecution Service at a time when Savile was being investigated, had no direct involvement in the case. He did later apologise for the failings.

Mr Johnson said he was sorry to lose Ms Mirza but rejected her assessment that his Starmer comments were inappropriate.