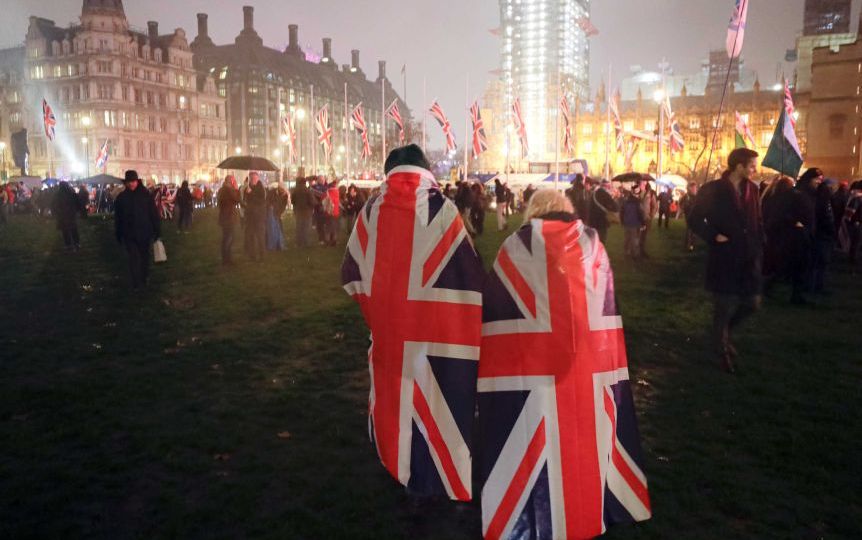 Britain officially left the EU on January 31, 2020, after a debilitating political period that divided the nation. Photo: AAP

On this day two years ago, the United Kingdom officially left the European Union.

It marked an end to 47 years of EU membership for Britain and came almost four years after more than 51 per cent of its population voted to leave the EU in a divisive national referendum.

That vote was called by then Prime Minister and leader of the Conservative Party David Cameron.

Mr Cameron was public in his support of the EU but called a referendum after years of agitation across the political spectrum for a vote on Britain’s European membership.

He resigned as prime minister the morning after the Brexit vote, saying “I do not think it would be right for me to try to be the captain that steers our country to its next destination”.

The four years between the shock result and Britain’s eventual departure were marred by political upheaval and deep divisions within the community.

Calls for a second vote were heard for years, with many arguing the Leave campaign had used baseless scare campaigns and false promises to trick people into voting for Brexit.

Negotiations with the EU were also difficult and protracted, with the British government missing its initial Brexit deadline of October 31, 2019.

But Britain’s divorce from the EU was put beyond doubt in December 2019, when Boris Johnson won a landslide election victory after promising voters that a Conservative victory would “get Brexit done”.

In December 2021, almost a year after the UK’s eventual exit, a poll by the Observer newspaper found that one more than six out of ten voters believed Brexit had either gone badly or worse than expected.

The survey found that 42 per cent of people who had voted to leave had a negative view of how Brexit had turned out so far.

On This Day: The UK finally withdraws from the European Union