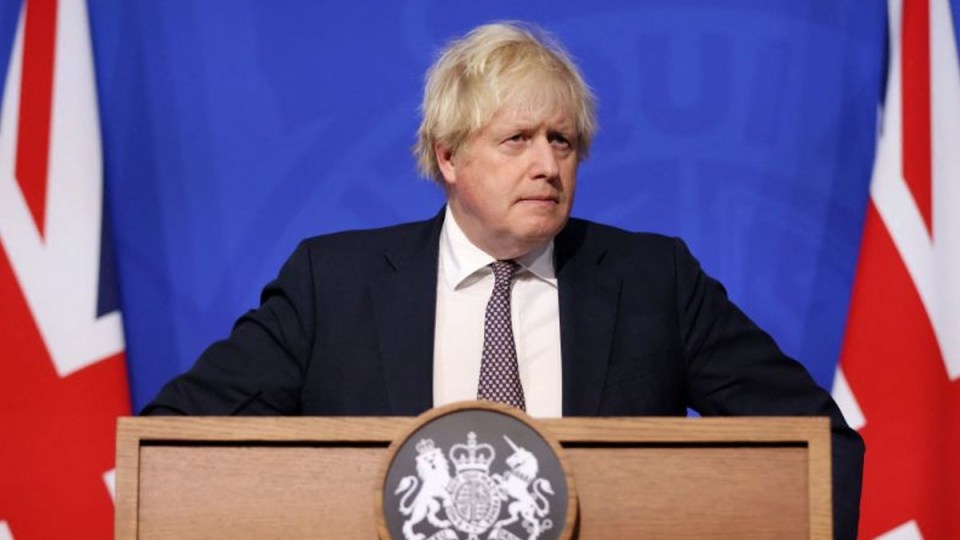 British Prime Minister Boris Johnson is on the brink of facing a leadership challenge, according to reports, after an angry backlash over claims parties were held at his residence during coronavirus lockdowns.

After Johnson denied an accusation by his former adviser that he had lied to parliament about one party, the Daily Telegraph and ITV News, citing sources, say the required number of letters from his own MPs calling for a no-confidence vote in his leadership could be reached on Wednesday.

As many as 20 Conservative MPs who won their seats at the last general election in 2019 plan to submit letters of no confidence in Mr Johnson, the Telegraph reported.

Mr Johnson’s office did not respond to a request for comment.

Just two years ago, Mr Johnson was the darling of his party after he secured the biggest Conservative majority since Margaret Thatcher in 1987, allowing him to deliver on promises to finally steer Britain out of the European Union.

But the relationship is rapidly souring under the impact of a steady stream of revelations about Downing Street’s apparent flouting of strict lockdown rules.

To trigger a leadership challenge, 54 of the 360 Conservative MPs in parliament must write letters of no confidence to the chairman of the party’s 1922 Committee.

The letters are confidential, so the chairman is the only person who knows how many MPs have actually written them.

Mr Johnson will address parliament on Wednesday after his cabinet is expected to approve plans to end the recent restrictions imposed to tackle the spread of COVID-19 in England.

The “Plan B” measures were introduced by the government last month as the Omicron strain spread rapidly across Britain. They included guidance to work from home where possible, masks for indoor settings and vaccine passports for mass events.

The removal of the restrictions would please many in his party who want to return to something akin to normal life as Mr Johnson seeks to contain a rebellion triggered by the claims of rule-breaking parties.

His political problems increased this week when Dominic Cummings, an architect of Britain’s departure from the European Union and a former senior adviser who left government under acrimonious terms in November 2020, said Mr Johnson knew that a drinks party held in his garden would break lockdown rules.

Mr Johnson apologised to parliament last week, saying he had thought it was a work event and he only attended for 25 minutes to thank staff.

A senior civil servant Sue Gray is investigating about a dozen allegations of rule-breaking by Mr Johnson, his team and officials at 10 Downing Street or other government buildings between May 2020 and April 2021, when COVID-19 rules limited how many people could meet socially.

A visibly upset Mr Johnson apologised to the Queen on Tuesday after reports staff partied late into the night in Downing Street on the eve of her husband Prince Philip’s funeral.

Even if Mr Johnson clings on, the controversy may have caused lasting damage to his popularity. The opposition Labour Party has opened up its biggest lead over the governing Conservatives since 2013.