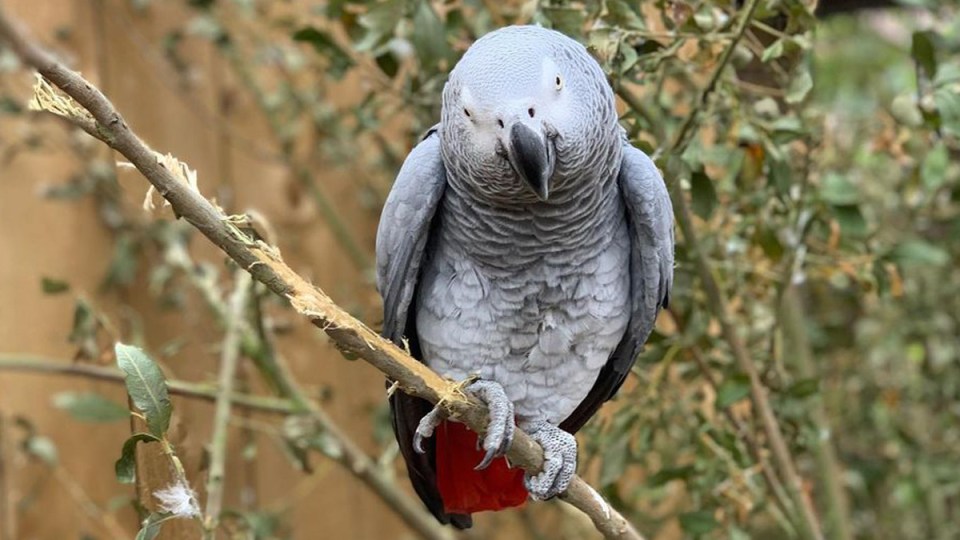 Butter wouldn't melt ... one of the African greys whose language is rather blue. Photo: Facebook

Five parrots at a British wildlife park have been put in the naughty corner after repeatedly swearing at visitors.

They went into quarantine after being adopted in August, where they quickly showed off their love of colourful language to park staff. But it wasn’t until this week – when they were finally moved into the main outdoor aviaries – that it became obvious to visitors.

Staff had hoped the birds would drop their bad habits once they went outside. But chief executive Steve Nichols said that didn’t go to plan, mostly because the parrots “swear to trigger reaction or a response” – and laughing or shocked visitors just encourage more colourful language.

“With the five, one would swear and another would laugh and that would carry on,” he told the BBC.

“Some visitors found it funny but with kids visiting at weekends, we decided to move them.

“I’m hoping they learn different words within colonies – but if they teach the others bad language and I end up with 250 swearing birds, I don’t know what we’ll do.”

The park has some experience with birds causing a stir. Earlier in 2020, another resident – Chico the parrot – went viral on social media with his version of Beyonce’s If I Were a Boy. He now has his own Instagram page.

You #*&! what? Foul language puts park’s parrots in the naughty corner