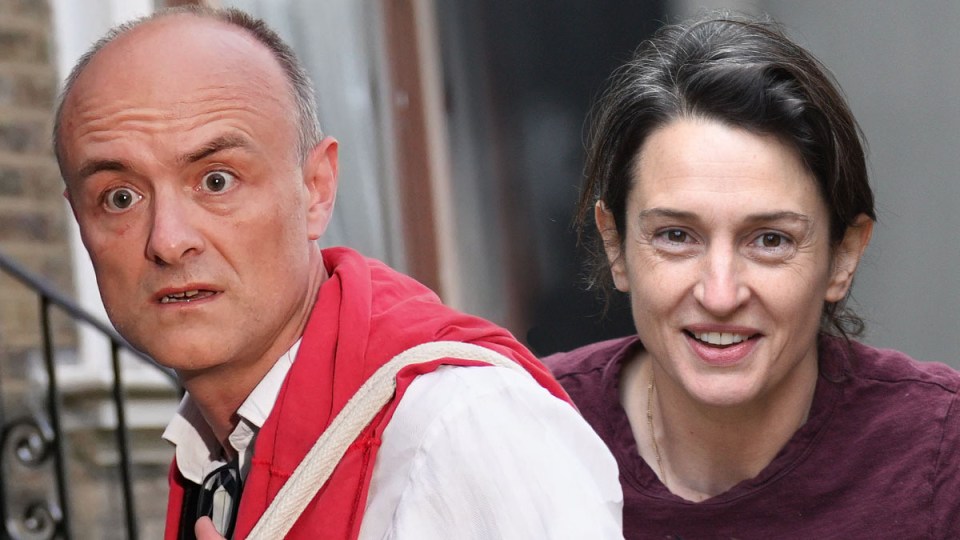 Dominic Cummings has been crucified for taking his wife, Mary Wakefield, and their son on a 400km trip. But Boris will save them. Photo: TND

The political mysteries of today can occasionally be illuminated by half-forgotten incidents in the past, and that might just be true of Boris Johnson’s baffling refusal to sack his chief adviser Dominic Cummings for breaching Britain’s anti-virus lockdown rules.

The Prime Minister’s decision to stick by Mr Cummings has left Westminster journalists, ordinary voters and quite a few of Mr Johnson’s Conservative MPs asking what the hell he is thinking.

There may be some clues in a dust-up 12 years ago involving a young Australian aide to Mr Johnson, who has since become a member of the Australian Senate.

On Tuesday morning (Australian time) Mr Cummings became the first political adviser ever to hold a personal press conference at 10 Downing Street as he tried to explain why he had left London during the virus lockdown to stay at his parents’ property 420 kilometres north.

His trip with his wife and four-year-old son was at a time the entire nation had been instructed to “Stay home, protect the NHS, save lives”.

Other top officials in London and Scotland have already been sacked for breaching the guidelines they had helped to develop, amid fears that such hypocrisy would cost lives by convincing ordinary people that the rules were optional.

Mr Cummings drove his family to Durham, even though he and his wife were both suffering COVID-19 symptoms.

He defended that decision with an argument that was at least plausible, saying that he wanted to be near his family in case he and his wife became too ill to look after their son.

But he offered a ludicrous explanation for a subsequent breach of the “stay home” order, when he and his wife and son were later spotted by witnesses on her birthday near Barnard Castle – a tourist attraction about 50 kilometres from his parents’ home.

Somehow maintaining a straight face, Mr Cummings said he had been worried that his eyesight has been damaged by his bout of flu-like symptoms and he wanted to find out whether he could drive safely enough to tackle the almost five-hour trip back to London.

Not many people would test their eyesight by strapping their loved ones in the car and heading off for an hour on the road.

The mystery is why Mr Johnson is standing by his man when keeping Mr Cummings is so obviously damaging his government, risking lives by undermining the public health campaign, and infuriating many of his own MPs and even right-wing newspapers like the Daily Mail.

One possible explanation is that Mr Johnson is terrified of governing without Mr Cummings.

Under this scenario the PM is an ambitious but shallow dilettante who has never been interested in actually governing or solving public problems, and Mr Cummings provides the diligence and vision he needs.

The other main theory put forward by many of Mr Johnson’s backers in recent days is that he is simply too loyal for his own good, and would never throw a trusted aide overboard especially when the PM professes to be perhaps the only person in the nation who believes Mr Cummings did no wrong.

Boris is just too decent and loyal a chap for his own good, we are told.

But consider the case of James McGrath, a protege of the Australian political strategist Sir Lynton Crosby who in 2008 was the chief political adviser to Johnson, then the newly elected Mayor of London.

Let them go if they don’t like it here.’’

Wadsworth reported on it on his website under the headline “Blacks should ‘go back home if they don’t like Mayor’”, adding that Mr McGrath came from a country where blacks “are stereotyped by the white colonisers as social security-scrounging drunks”.

A regular left-wing contributor to Wadsworth’s website quickly posted a complaint that the headline was unfair because Mr McGrath had never used the emotive phrase “Go back home”, noting that it “implies, of course, that black Britons aren’t indigenous and as such will always be ‘foreigners’”.

Wadsworth told me at the time he did not believe Mr McGrath was racist and that he had been “shocked and saddened” when Mr Johnson promptly sacked him.

The Mayor said he knew Mr McGrath was not a racist and that his comment had been “taken out of context and distorted” but that Mr McGrath still had to go because keeping him would provide ammunition for people who wanted to question Mr Johnson’s attitudes on race.

Prominent Conservative commentator Iain Dale accused Mr Johnson of political cowardice, saying he had forced out Mr McGrath because of sensitivity over his record on race issues, including newspaper columns in which Mr Johnson called black children “piccaninnies” and referred to black people’s “water melon smiles”.

The influential ConservativeHome website was equally scathing, saying “Boris should have had the backbone to stand by such a loyal aide. There should have been no pressure to resign and no acceptance of a resignation.”

The axing of Mr McGrath, who was elected in 2014 as a Senator for Queensland, suggests that Mr Johnson is not exactly instinctively loyal to his staff.