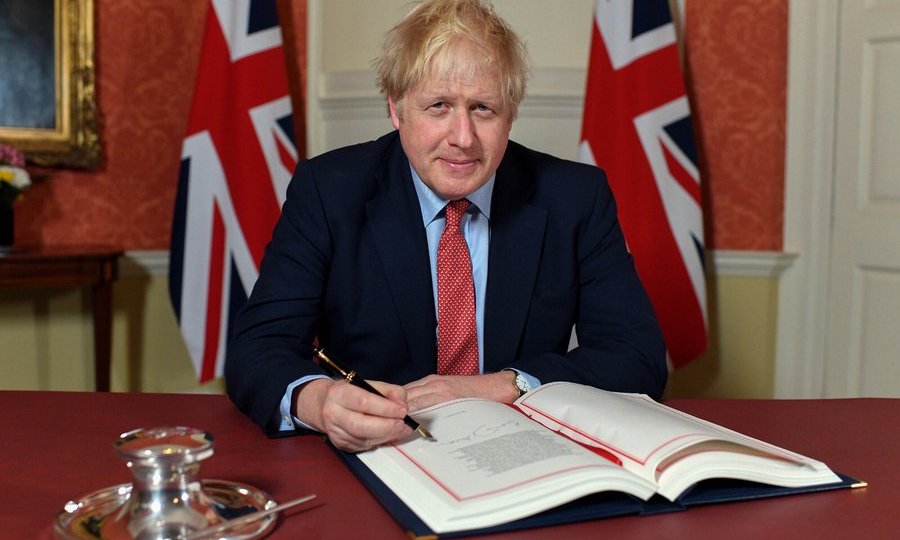 Boris Johnson says his exposure to coronavirus has hit him with only "mild symptoms". Photo: Twitter

The UK’s pandemic fightback has been dealt a blow after British Prime Minister Boris Johnson and his health secretary contracted coronavirus while England’s chief medical officer has developed symptoms.

Mr Johnson is self-isolating in an apartment in Downing Street, with meals and briefings left outside his door, after coming down with a fever and persistent cough.

Mr Johnson says he will continue to lead the UK’s pandemic response from the study in 11 Downing Street, part of the warren of rooms and corridors at Number 10, while he self-isolates for seven days.

Mr Johnson, 55, is the first leader of a major power to contract coronavirus but he has told the world via his Twitter account that his symptoms are mild and he can continue to work via teleconferencing.

“I’ve taken a test. That has come out positive,” Mr Johnson said in a video statement on Twitter.

“I’ve developed mild symptoms of the coronavirus. That’s to say – a temperature and a persistent cough.

“So I am working from home. I’m self-isolating.

“Be in no doubt that I can continue, thanks to the wizardry of modern technology, to communicate with all my top team to lead the national fightback against coronavirus.”

Mr Johnson had been criticised previously for continuing to shake people’s hands in public despite advocating social-distancing measures and for initially reacting slowly to the threat of coronavirus.

It was not immediately clear how many Downing Street staff and senior ministers would now need to isolate given that many have had contact with Mr Johnson over recent days and weeks.

Over the last 24 hours I have developed mild symptoms and tested positive for coronavirus.

I am now self-isolating, but I will continue to lead the government’s response via video-conference as we fight this virus.

Together we will beat this. #StayHomeSaveLives pic.twitter.com/9Te6aFP0Ri

His diagnosis follows the heir to the British throne Prince Charles, 71, testing positive this week and self-isolating at his residence in Scotland with mild symptoms, along with his wife Camilla, who tested negative.

A video posted to Instagram shows the prince joining the nationwide applause for health workers as he clapped from home.

The moment he felt symptoms he took steps to avoid close contact with anyone, a spokesman said, adding that ministers would need to self-isolate if they developed symptoms.

Previously the government has said Mr Johnson had the option to delegate to Foreign Secretary Dominic Raab if needed.

It was not immediately clear whether Mr Johnson’s 32-year-old fiance, Carrie Symonds, who is pregnant, had been tested.

The UK has reported 578 deaths and 11,658 infections, and cases are estimated to be doubling every three to four days.

The UK toll is the seventh-worst in the world, after Italy, Spain, China, Iran, France and the United States, according to a Reuters tally.

Boris Johnson contracts coronavirus, tells the nation ‘I am working from home’