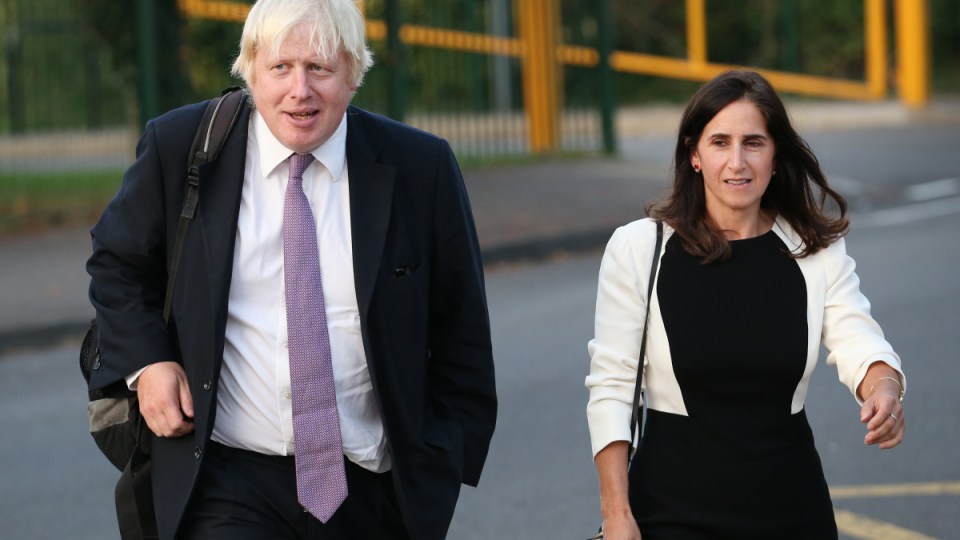 Mr Johnson with then wife Marina Wheeler when he stood for selection as an MP in 2014. Photo: Getty

British Prime Minister Boris Johnson and his estranged wife Marina Wheeler have reached an agreement relating to the division of money after separating two years ago, a family court judge has been told.

Judge Sarah Gibbons oversaw a private hearing in the Central Family Court in London on Tuesday.

Neither Mr Johnson nor Ms Wheeler were at the hearing.

Both were represented by barristers.

Ms Wheeler and Mr Johnson married in 1993 and have four children.

Mr Johnson, 55, has been dating Carrie Symonds, 31, since last year and the couple now live together in Downing Street.

The case number showed that Mr Johnson and Ms Wheeler had been involved in a dispute relating to money or assets.

She also gave Mr Wheeler the go ahead to apply for a divorce decree which would bring the marriage to an end – a Decree Absolute.