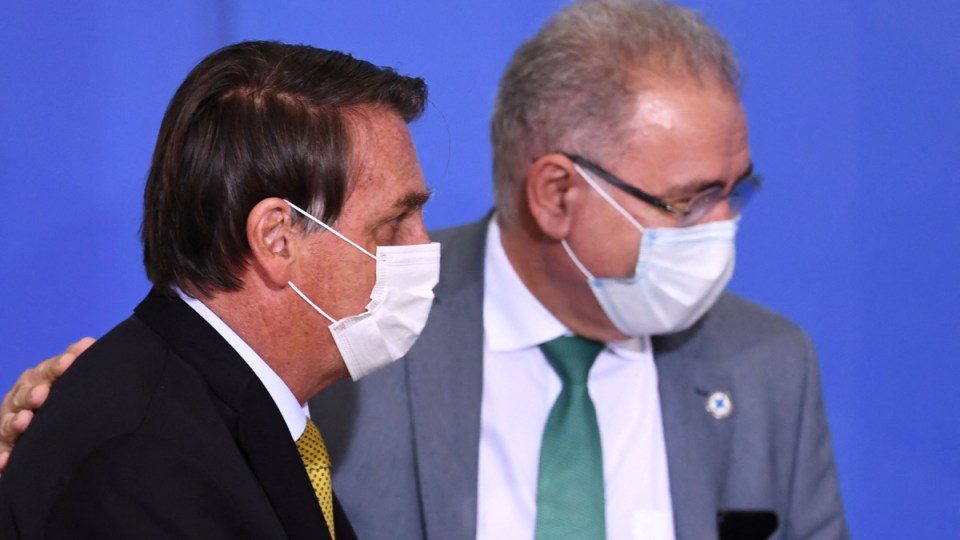 “The minister is doing well,” the statement said. It added that the rest of the delegation tested negative for the virus.

Mr Queiroga told CNN Brasil that he had worn a mask throughout his time in the UN building.

Mr Bolsonaro, a vaccine sceptic, defied UN rules that asked all those attending the assembly to be vaccinated. He has bragged about not getting vaccinated.

In his speech to world leaders at a meeting where the global coronavirus pandemic was top of the agenda, Mr Bolsonaro said his government did not support the use of a vaccine passport and stood by treatment with unproven drugs such as the anti-malarial hydroxychloroquine.

He said Brazil’s vaccination campaign against COVID-19 had been successful and that all adults who wanted a vaccine would be fully inoculated by November.

With unvaccinated diners barred from eating in New York restaurants, Mr Bolsonaro and his entourage ate pizza on a footpath on their first night in the city on Sunday.

The health minister was the second member of the Brazilian delegation in New York to have tested positive. A young diplomat who was part of an advance team preparing Mr Bolsonaro’s visit tested positive on the weekend and was isolated.

COVID-19 has killed 591,440 Brazilians in the world’s second-deadliest outbreak after the United States.

As vaccination advances in the country, the rolling 14-day average of COVID deaths has fallen to 519 a day, compared with almost 3000 at the peak of the pandemic in April.