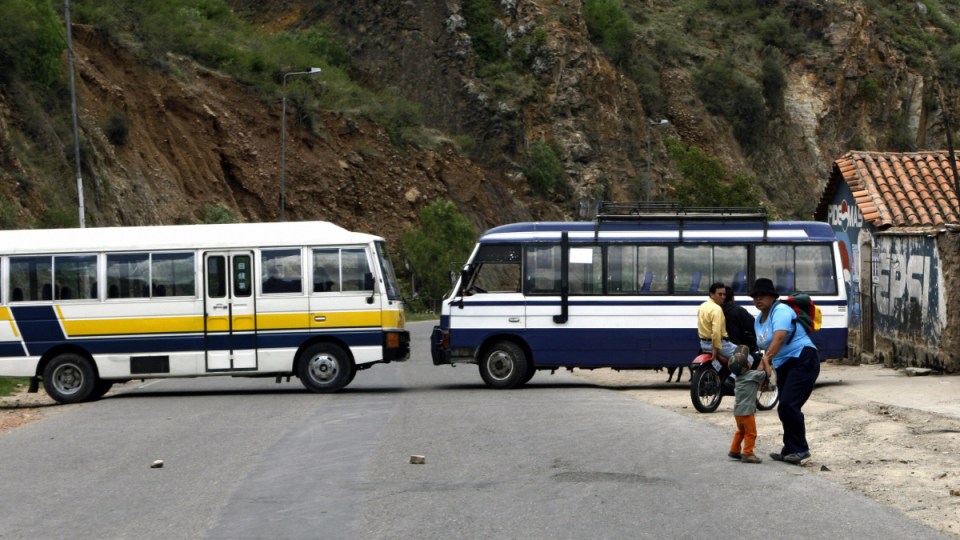 The bus was on its way to the town of Sucre when the accident happened. Photo: Getty

At least 34 people have been killed in a bus accident in Bolivia.

Another 10 passengers were injured, two of them seriously, Bolivian media reported on Monday.

According to the reports, the bus was on its way from the village of Potolo to Sucre when it plunged more than 100 metres and was completely destroyed.

It happened near the village of Chataquila, some 30 kilometres from Bolivia’s judicial capital Sucre.

It marks the worst traffic accident in Bolivia so far this year, according to the Pagina Siete newspaper.

Police are still investigating the cause of the most recent crash, according to newspaper El Deber.

The bus had room for at least 32 people, the newspaper reported.

It is the latest crash in the Bolivian Andes, where the Inca Trail starts. Serious bus accidents often occur on mountainous roads in Andean countries such as Bolivia and Peru.

In March, a bus was on the route between Santa Cruz de la Sierra and Cochabamba when it crashed, killing at least 20 people and injuring dozens.