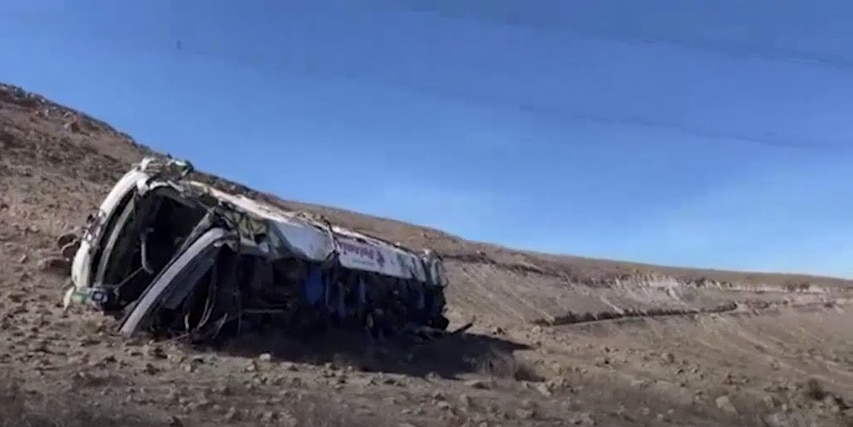 The bus plunged more than 200 metres down a hill in southern Peru.

A bus carrying mineworkers has run off a road in Peru, killing at least 27 people.

The bus, which had been hired by a local mining company, fell about 200 metres down a ravine in the middle of the night.

Fire Department Lieutenant Hugo Meza said the accident on Friday (local time) in the province of Lucanas left dead and injured passengers scattered along the hillside.

At least 13 workers were injured.

Video footage from the scene showed an overturned bus with the roof and windows smashed, laying on the side of a mountain below the road.

“We are all devastated by this news and we have already started a thorough investigation,” said Ignacio Bustamante, chief executive officer of London-based Hochschild Mining.

“However, our immediate priorities are to support those involved in the accident and their families and to work together with the relevant authorities.”

Police said they did not immediately know why the accident occurred.

Those aboard the bus were heading from the Pallancata gold and silver mine to the city of Arequipa.