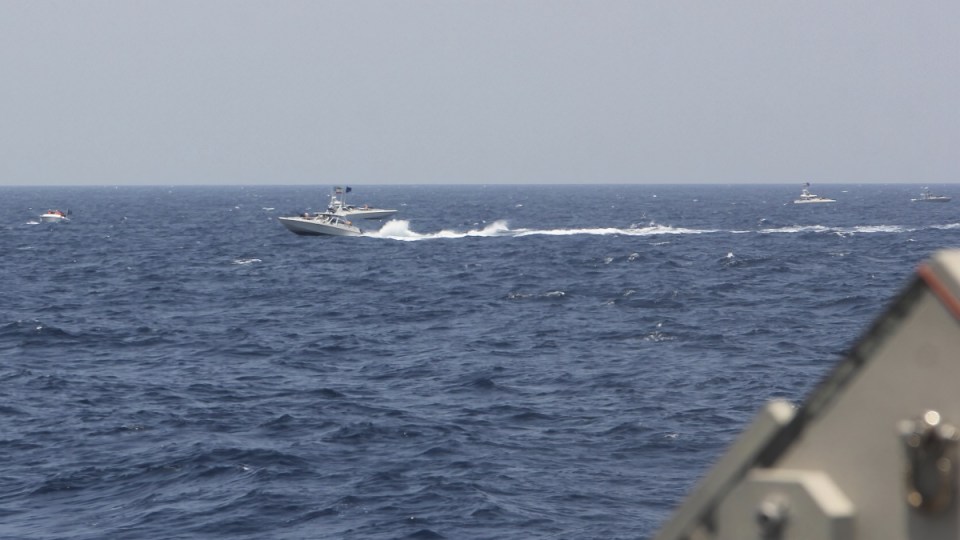 An Iranian attack speedboat passes US naval vessels in the Strait of Hormuz in May 2021. Photo: AAP

The US Navy says its forces have had a tense encounter with Iran’s paramilitary Revolutionary Guard in the strategic Strait of Hormuz.

The navy’s Mid East-based 5th Fleet said three Guard vessels had an “unsafe and unprofessional” encounter as the USS Sirocco and USNS Choctaw County transited Monday through the strait, the narrow mouth of the Persian Gulf.

The navy said one of three of the Guard’s fast craft raced head-on at the Sirocco before changing course. The Navy said the Sirocco fired a warning flare during the encounter as well.

A short video released by the navy showed the encounter.

Iran did not immediately acknowledge the incident in the strait, through which a fifth of all oil traded passes.

It came as tensions remained high in the region as Iran’s nuclear deal with world powers remains in tatters as negotiations over the accord are stalled. Meanwhile, Tehran’s atomic program enriches uranium at its closest levels to weapons-grade yet.

Back from the dead: A rare tortoise makes a comeback
Israelis set for another election as govt collapses
Today's Stories