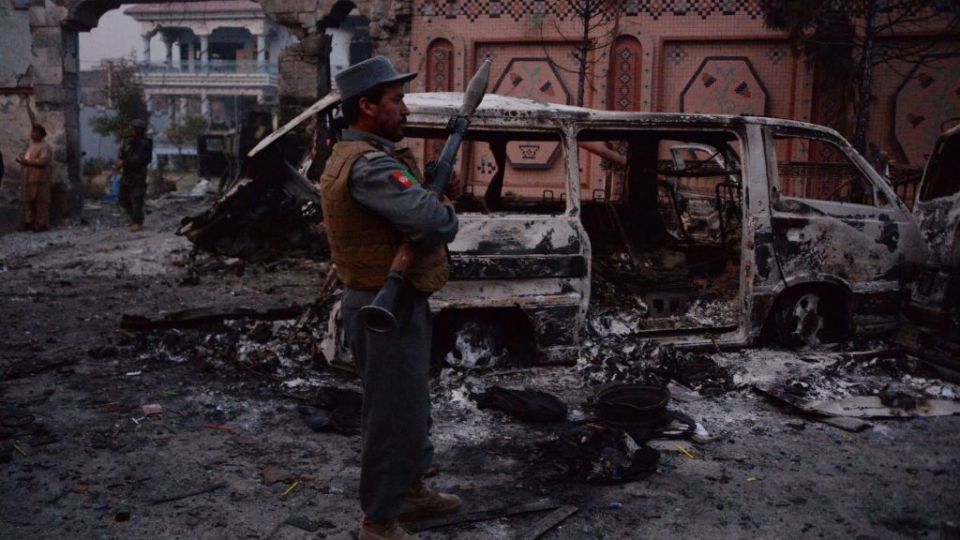 Terror attacks against non-Muslims have increased in step with the Taliban's grip on power. Photo: Getty

A terror bombing that destroyed a Sikh temple and an unknown number of lives is the latest eruption of sectarian violence to rock the Afghan capital.

“There were around 30 people inside the temple. We don’t know how many of them are alive or how many dead,” worshiper Gornam Singh told Reuters.

“The Taliban are not allowing us to go inside, we don’t know what to do.”

Sikhs are a tiny religious minority in largely Muslim Afghanistan, comprising around 300 family members before the fall of the country to the Taliban.

The Sikh community, like other religious minorities, has been the continual target of violence in Afghanistan.

Taliban officials have not confirmed the explosion, and it was not immediately clear who was behind the blast.

Afghanistan’s rulers say they have secured the country since taking power in August, but international officials and analysts say the risk of a resurgence in militancy remains.

Multiple attacks have taken place in recent months, with some claimed by the Islamic State militant group.

A 2020 attack claimed by the Islamic State at another Sikh temple in Kabul  killed 25.

Saturday’s explosion follows a blast on Friday in the northern city of Kunduz at a mosque that killed one and injured two, according to authorities.

Who was the King? How Elvis Presley devoted his life to a consuming passion
Uvalde police missed at least two opportunities to take out school shooter: Report
Today's Stories