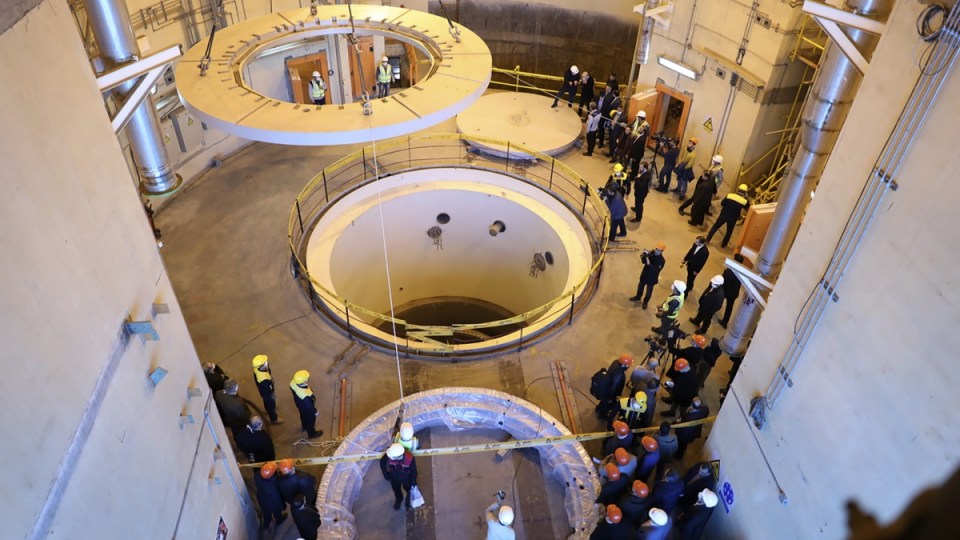 The head of the UN’s nuclear watchdog agency says Iran is removing 27 surveillance cameras from nuclear sites in the country.

Rafael Mariano Grossi, the director-general of the International Atomic Energy Agency, made the comments at a suddenly called news conference in Vienna on Thursday.

Mr Grossi said the move poses a “serious challenge” to its efforts. Iran did not immediately acknowledge it.

Mr Grossi said that would leave “40-something” cameras still in Iran. The sites that would see cameras removed include its underground Natanz nuclear enrichment facility, as well as its facility in Isfahan, Grossi said.

“We are in a very tense situation with the negotiations over the (nuclear deal) at a low ebb,” he said.

“Now we are adding this to the picture; as you can see it’s not a very nice one.”

Devices to monitor enrichment shut off

On Wednesday, Iran said it shut off two devices the IAEA uses to monitor enrichment at Natanz.

Mr Grossi acknowledged that, saying that among the devices being removed was a crucial meter that tracked how high Iran was enriching uranium at Natanz.

Iranian officials had threatened on Wednesday to take more steps amid a years-long crisis that threatens to widen into further attacks.

That came ahead of a vote before the IAEA’s board censuring Iran over what the agency calls Iran’s failure to provide “credible information” over man-made nuclear material found at three undeclared sites in the country.

The IAEA earlier Thursday said Mr Grossi told members that Iran informed the agency that it planned to install two cascades of the IR-6 at Natanz. A cascade is a series of centrifuges hooked together to rapidly spin uranium gas to enrich it.

An IR-6 centrifuge spins uranium 10 times as fast as the first-generation centrifuges that Iran was once limited to under its 2015 nuclear deal with world powers. As of February, Iran already had been spinning a cascade of IR-6s at its underground facility at Fordo, according to the IAEA.

At Natanz, some 200 kilometres south of the capital, Tehran, Iran earlier said it planned to install one cascade of IR-6s.

The IAEA said it “verified” the ongoing installation of that cascade Monday, while the newly promised two new cascades had yet to begin.

Iran and world powers agreed in 2015 to the nuclear deal, under which Tehran drastically limited its enrichment of uranium in exchange for the lifting of economic sanctions. In 2018, then-US president Donald Trump unilaterally withdrew America from the accord, raising tensions across the wider Middle East and sparking a series of attacks and incidents.

Talks in Vienna over Iran’s tattered nuclear deal have been stalled since April. Since the deal’s collapse, Iran runs advanced centrifuges and has a rapidly growing stockpile of enriched uranium.

Nonproliferation experts warn Iran has enriched enough up to 60 per cent purity – a short technical step from weapons-grade levels of 90 per cent – to make one nuclear weapon should it decide to do so.

Iran insists its program is for peaceful purposes, though UN experts and Western intelligence agencies say Iran had an organised military nuclear program through 2003.

Israel has threatened in the past that it would carry out a pre-emptive strike to stop Iran – and already is suspected in a series of recent killings targeting Iranian officials.