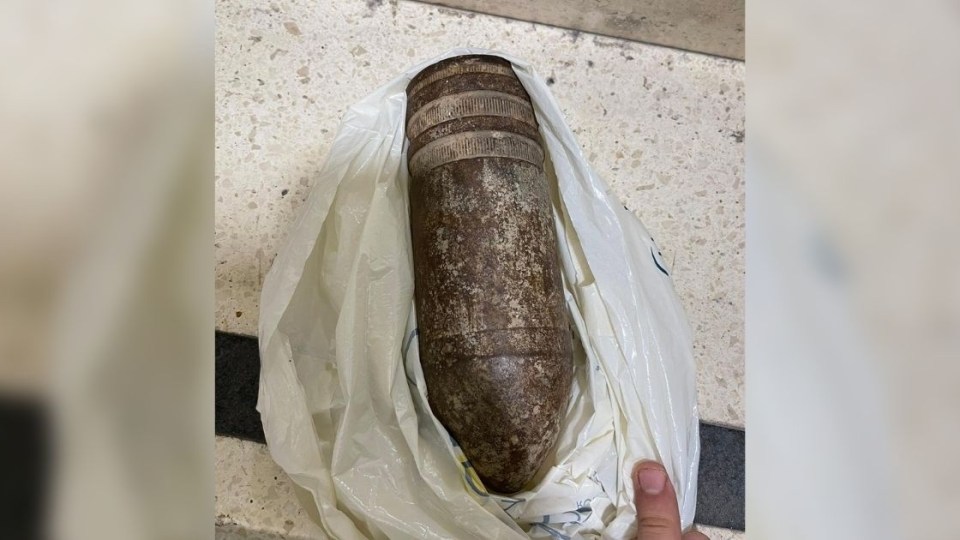 Panic has broken out at Israel’s main airport after an American family packed a dangerous relic as a holiday souvenir.

The family was checking in at Ben Gurion Airport for their flight back to the US when they presented an unexploded shell to security staff.

The shell was reportedly discovered by one of the holidaying children while they were touring the Golan Heights region.

It was then packed into a family suitcase as an unlikely souvenir.

Upon presentation of the shell, airport authorities declared an immediate evacuation of the terminal. Footage on social media shows hundreds of people seen running in fear and seeking cover.

One man was reportedly hospitalised with injuries after he attempted to jump a baggage carousel in his rush to flee.

A bomb squad eventually determined that the shell was no danger, and the evacuation was cancelled.

The family was allowed to board their flight after being interrogated by security staff.

The shell was likely a remnant from conflict in the Golan Heights region, which came under Israeli occupation in 1967.

The incident came with Israel on high alert after a series of deadly attacks across the country.