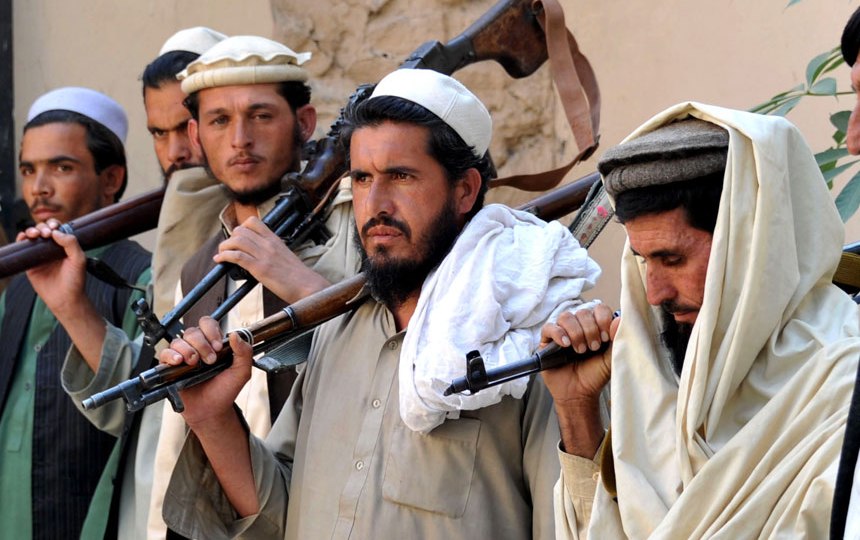 Taliban fighters are on the move, capturing towns and territory as the US completes its withdrawal, Photo: AAP

The United States has carried out air strikes to support Afghan government forces who have been under pressure from the Taliban as US-led foreign forces carry out the final stages of their withdrawal from the country.

Pentagon spokesperson John Kirby told reporters the air strikes were in support of Afghan security forces in recent days but did not provide details.

Taliban spokesperson Zabihullah Mujahid said the strikes came on Wednesday night on the outskirts of the southern city of Kandahar, killing three of their fighters and destroying two vehicles.

“We confirm these air strikes and we condemn this in strongest term, it is a clear attack and violation of the Doha deal as they can’t have operations after May,” he said, referring to an agreement between the United States and the Taliban clearing the way for the withdrawal of US forces.

“If they conduct any operation then they will be responsible for the consequences.”

Under the original withdrawal deal between the United States and the Taliban, brokered by the Trump administration and signed in Qatar’s capital, all foreign troops were expected to be gone by May if the Taliban met security guarantees.

President Joe Biden announced in April that US troops would withdraw by September 11, angering the Taliban who had expected the withdrawal to be completed by May.

Since Biden’s withdrawal decision, violence has risen sharply with the militants launching major offensives, taking districts and important border crossings and encircling or closing in on several provincial capitals, including Kandahar.

Almost all US troops, except those protecting the embassy in Kabul and the capital’s airport, have left the country.

The rival Afghan sides have held peace talks in Doha but progress has been slow.

Kandahar province has traditionally been a Taliban stronghold and fighting there has been heavy in recent weeks with the insurgents capturing the main border crossing with Pakistan in the south, at Spin Boldak.