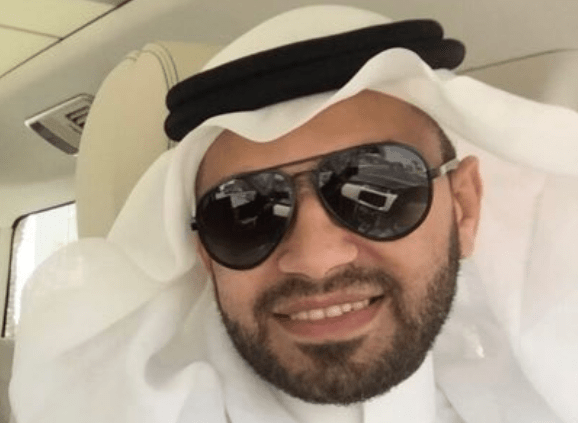 Awaiting his fate: Usama Al-Hasani is behind bars in Morocco. Photo: Prisoners of Conscience

An Australian citizen has been detained in Morocco and is facing extradition to Saudi Arabia over allegations he was involved in activism, according to human rights bodies.

Human rights groups in Australia and in the Middle East have confirmed that Usama Al-Hasani, who holds dual Australian and Saudi citizenship, was detained upon arrival in the Moroccan capital Rabat about three weeks ago.

He had been travelling on his Australian passport, according to Saudi rights group, Prisoners of Conscience.

“Moroccan authorities will put Dr Usama Al-Hasani to trial on 3 March, then he’d be most probably deported to Saudi Arabia, where the real danger lies,” Prisoners of Conscience stated in a tweet.

The Australian Department of Foreign Affairs confirmed it was providing consular assistance to an Australian detained in Morocco.

DFAT declined to name Dr Hasani, citing privacy concerns, and also declined to comment on the suggestion Saudi Arabia was seeking his extradition.

This will be a challenge for the government. His Twitter site has some pretty objectionable material on it: 'Australian citizen Usama Al-Hasani arrested in Morocco, faces possible extradition to Saudi Arabia' https://t.co/cQMb0K0AcR

Dr Hasani’s arrest comes at particularly tense moment for Saudi Arabia, only days after the conservative Gulf kingdom’s de facto leader, Crown Prince Mohammed bin Salman, was publicly accused by the US of ordering the 2018 murder of US resident and journalist Jamal Khashoggi.

Khashoggi was murdered and then dismembered with a bone saw at the Saudi embassy in Istanbul.

Last week, US President Joe Biden oversaw the public release of a CIA report that placed the blame for the killing squarely at the feet of Prince Mohammed.

The alleged attempt by Saudi Arabia to extradite an Australian citizen on broadly political charges will add to concerns that the Saudi Arabian government is engaged in an international attempt to undermine opposition to its rule.

Dr Hasani’s Twitter profile describes him as an “associate professor of business information systems [and a] consultant for international business and trade”.

In another tweet, Prisoners of Conscience described him as a “prominent figure”.

“He is a merchant, a Quran reader, and a former professor at King Abdulaziz University [in Jeddah],” they stated.

An article on Moroccan news website Yabiladi stated that a letter filed with the Moroccan public prosecutor’s office asserted that Dr Hasani was accused of participating in a group involved in public opposition to the Saudi state-sponsored form of Islam, known as Wahhabism.

Comment is being sought from the embassies of Morocco and Saudi Arabia.