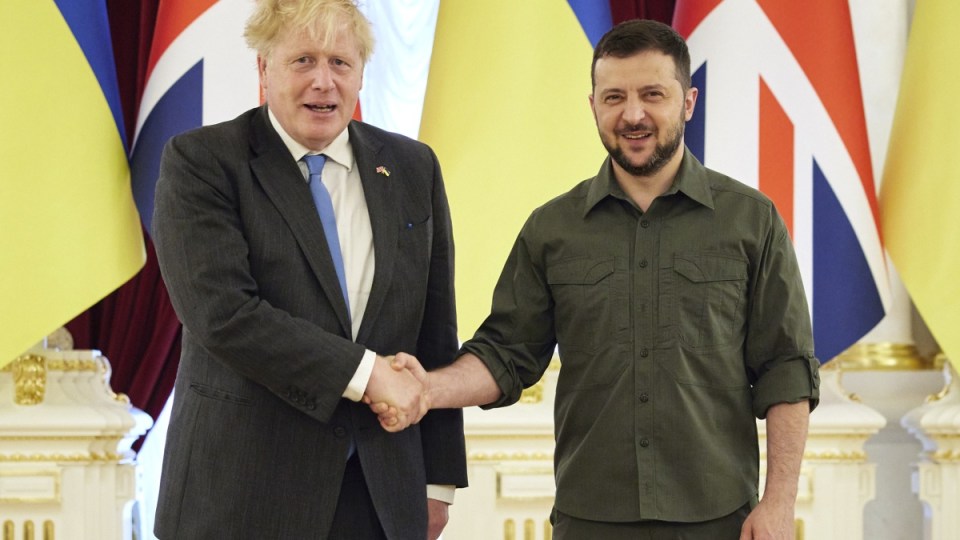 President Zelensky accepted the award by video link during a ceremony at Johnson’s London office that was attended by members of the Churchill family, the UK’s Ukrainian Ambassador Vadym Prystaiko and Ukrainians who have received training from British soldiers.

Mr Johnson recalled how President Zelensky confirmed on February 24 that Russia had invaded, adding, “In that moment of supreme crisis, you faced a test of leadership that was, in its way, as severe as Churchill’s challenge in 1940.”

Churchill, famous for his inspirational speeches and rousing of morale, is a national hero to many British people, having led the nation through the majority of World War II.

The two men have formed a close relationship since Mr Johnson became the first Western leader to visit Ukraine after Russia’s invasion.

Earlier this month, Mr Zelensky said he was saddened when Mr Johnson quit as Britain’s prime minister and Conservative Party leader after months of ethics scandals.

The Ukrainian leader received a standing ovation in the British Parliament in March, when he invoked one of Churchill’s most famous speeches and vowed to fight Russian troops in the air, sky, sea and on the streets.

The Churchill leadership award was first presented in 2006.