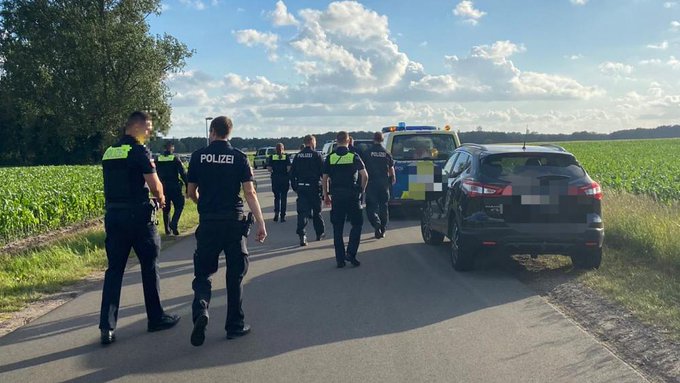 A missing boy has been found alive in a sewer in Germany. Photo: Twitter

A missing eight-year-old boy has been found alive after surviving eight days stuck in a rainwater sewer in Germany.

The boy, whose name has been given only as Joe, vanished from his family garden in Oldenburg, Germany, on June 17, sparking a large-scale police search.

Hundreds of local residents also took part, but to no avail.

He was discovered on June 25, when a passerby called police, reporting a faint noise coming from a manhole cover.

Emergency authorities rushed to the site – which was just 200 metres from Joe’s family home in the Donnerschwee district – and lifted the manhole cover. They found a whimpering Joe at the bottom of the sewer.

The boy was taken to the hospital suffering from hypothermia but he had no major injuries.

“Thanks to a tip from the public, we were able to find Joe in a sewer system,” police chief Johann Kühme is reported saying.

“The most important thing is that he is alive and was immediately taken to a hospital where he is in good hands. We can all breathe a sigh of relief.”

Mr Kühme thanked local residents and emergency crews for their efforts in finding the boy.

“I’m very impressed by the great commitment of the past few days,” he said.

“I would like to thank all the full-time and voluntary workers and people who did everything with empathy and a high level of personal commitment – until late at night – to find a missing child. Everyone can be proud.”

There had been speculation about how the boy ended up in the sewer.

However, German authorities have since ruled out any foul play, stating he crawled into the sewer on the day he disappeared and then “lost his bearings”.

The boy’s father told local media Joe was “doing well” given the circumstances.