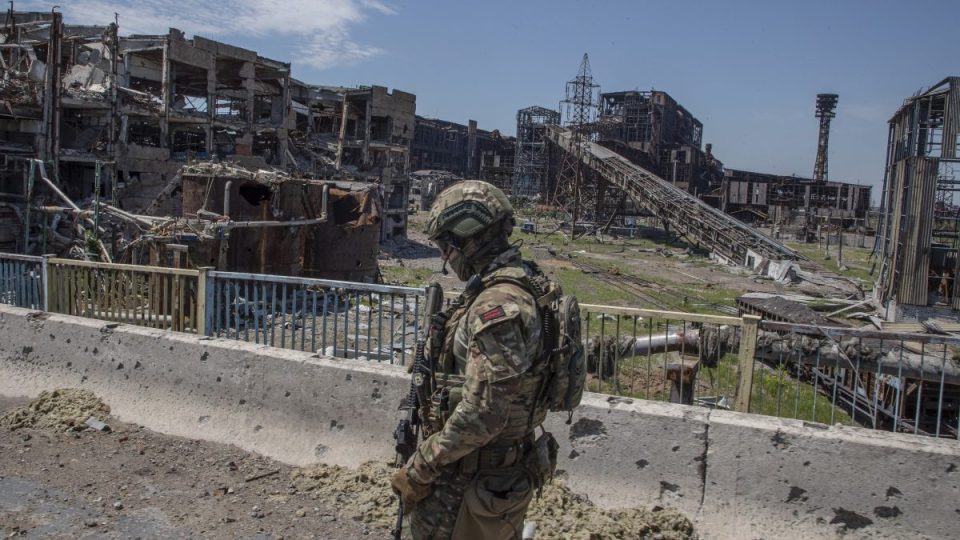 Ukraine has shown no signs of obeying a Russian ultimatum to surrender the eastern city of Sievierodonetsk as NATO defence ministers gathered in Brussels to discuss sending more heavy weapons to replenish Kyiv’s dwindling stocks.

Russia had told Ukrainian forces holed up in a chemical plant in the shattered city to stop “senseless resistance and lay down arms” from Wednesday morning, pressing its advantage in the battle for control of eastern Ukraine.

Plans announced by Moscow to open a humanitarian corridor for civilians holed-up in the plant were disrupted, Russian-backed separatists said, blaming shelling by Ukraine.

Ukraine says more than 500 civilians are trapped alongside soldiers inside the Azot chemical factory where its forces have resisted weeks of Russian bombardment and assaults that have reduced much of Sievierodonetsk to ruins.

The mayor of Sievierodonetsk, Oleksandr Stryuk, said after the early morning deadline passed that Russian forces were trying to storm the city from several directions but Ukrainian forces continued to defend it and were not completely cut off.

British intelligence said the fighters in the chemical plant could survive underground and Russian forces would likely remain focused on them, keeping them from attacking elsewhere.

Reuters could not immediately verify the battlefield accounts.

The Azot bombardment echoes the earlier siege of the Azovstal steelworks in the southern port of Mariupol, where hundreds of fighters and civilians took shelter from Russian shelling. Those inside surrendered in mid-May and were taken into Russian custody.

The Russian assault on Sievierodonetsk – a city of barely more than 100,000 people before the war – is the current focal point of what has been called the battle of the Donbas.

Kyiv has said 100-200 of its soldiers are killed each day, with hundreds more wounded in some of the bloodiest fighting since Russia’s February 24 invasion.

Ukraine on Tuesday said it was still trying to evacuate civilians after Russian forces destroyed the last bridge linking Sievierodonetsk with Lysychansk, which lies on higher ground on the western bank of the Siverskyi Donets river.

Western countries have promised NATO-standard weapons – including advanced US rockets. But deploying them is taking time, and Ukraine will require consistent Western support to transition to new supplies and weapons systems as stocks dwindle of their Soviet-era weapons and munitions.

The meeting in Brussels on Wednesday on the sidelines of a NATO defence ministerial is being led by US Defence Secretary Lloyd Austin. It is the third time the group of nearly 50 countries are meeting to discuss and co-ordinate assistance to Ukraine.

In May, the US Senate passed a bill to provide $US40 billion ($58 billion) in additional aid to Ukraine, including $US15 billion ($22 billion) for defence measures, and has promised longer-range rocket systems, drones and advanced artillery.

But Mr Zelensky said Ukraine did not have enough anti-missile systems, adding that “there can be no justification in delays”.

Russia gives no regular figures of its own losses but Western countries say they have been massive as President Vladimir Putin seeks to force Kyiv to cede full control of the Donbas and a swathe of southern Ukraine. Mr Putin calls the war a special military operation against Ukrainian nationalists.

In Sievierodonetsk, momentum has shifted as Russia concentrated overwhelming artillery firepower on urban districts and then sent in troops vulnerable to counter-attacks.