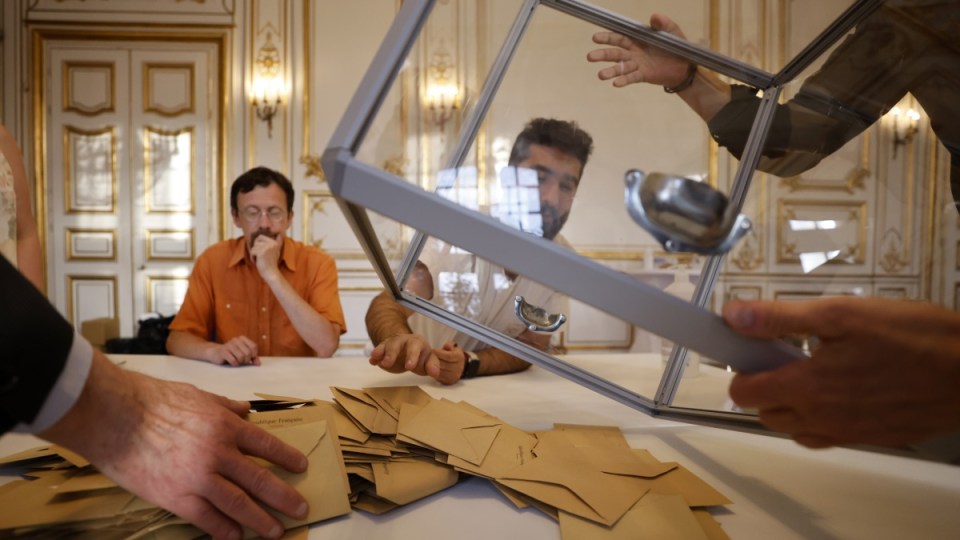 French President Emmanuel Macron’s centrist alliance has won the first round of lower house elections by a razor-thin margin over the left bloc of Jean-Luc Melenchon though it is likely to extend its lead in next weekend’s second-round runoff.

Macron’s Ensemble! alliance of centrist parties won 25.75 per cent of the popular vote on Sunday, according to the interior ministry’s final tally, while Melenchon’s NUPES bloc came in second with 25.66 per cent.

With rampant inflation driving up the cost of living and eroding wages, Macron has struggled to build on his re-election in April, with Melenchon casting him as a free-marketeer more intent on protecting the wealthy than hard-up families.

France’s progressive-leaning Le Monde newspaper said on Monday its own tally showed the left bloc had won the nationwide popular vote, and some leftist politicians said the official result had undercounted their vote.

“Artificially, the interior ministry seeks to show the candidates of Macron at the top,” Manuel Bompard, one of Melenchon’s most senior allies, who is himself running for a seat in Marseille, told LCI television.

He said some candidates, including in overseas territories, who had publicly said they supported NUPES but were not officially running as part of the bloc should have been included in the official tally.

Bompard had earlier said on Twitter that some 200,000 votes for NUPES had not been accounted for in the official result. He did not present any evidence.

Although the first round result is a significant gauge of the political temperature, France’s two-round voting system – designed to bring stability – is ultimately expected to favour Macron’s bloc.

“I think you need to see the end of the match before drawing any conclusions,” Olivia Gregoire, the government’s spokeswoman, said on Monday. “The campaign is not over yet.”

The president’s alliance is well-positioned to secure the largest number of seats in Sunday’s run-off. But main polling institutes said Macron could still lose his grip on parliament.

According to a forecast by pollster Elabe, Ensemble is set to win between 260 and 300 parliament seats – with an outright majority secured at 289 – while the left would secure 170-220 seats, a big increase from its 2017 result.