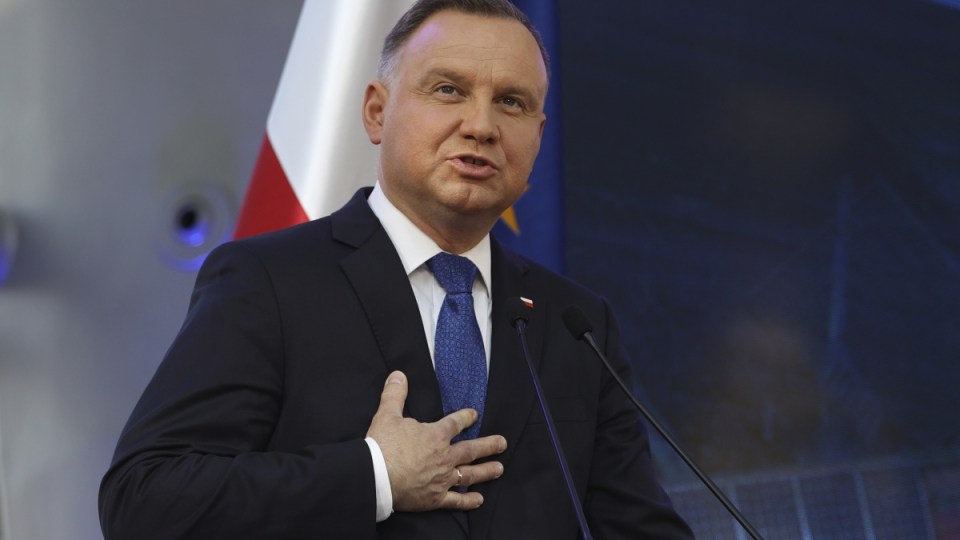 Poland’s president has slammed the leaders of France and Germany over their phone calls with Russian President Vladimir Putin, saying it was like having talks with Adolf Hitler, the German newspaper Bild reports.

Mr Macron, in particular, has stirred Ukrainian ire by saying Russia must not be “humiliated” so as to preserve chances of a diplomatic solution.

Polish President Andrzej Duda, in an interview with Bild, said such discussions only legitimised an illegal war in Ukraine.

“Did anyone speak like this with Adolf Hitler during World War II?” Mr Duda said.

“Did anyone say that Adolf Hitler must save face? That we should proceed in such a way that it is not humiliating for Adolf Hitler? I have not heard such voices.”

The conflict in Ukraine, described by Moscow as a “special military operation” to stamp out perceived threats to its security, has flattened cities, killed thousands of civilians and forced over seven million people to flee the country.

Ukraine and its Western allies say Russia is waging an unprovoked war to grab territory.

In a joint call with Mr Putin on May 28, Mr Scholz and Mr Macron urged him to release the 2500 Ukrainian fighters captured at Mariupol’s Azovstal steel plant and to speak directly with Ukrainian President Volodymyr Zelensky, according to Macron’s Elysee Palace.

Italy and Hungary have urged the European Union to call explicitly for a ceasefire in Ukraine and peace talks with Russia, putting themselves at odds with other member states like Poland determined to take a hard line with Moscow

Last month, Mr Zelensky savaged suggestions by some in the West that Kyiv should give up territory and make concessions to end the war, saying the idea smacked of attempts to appease Nazi Germany in 1938 in the run-up to World War II.