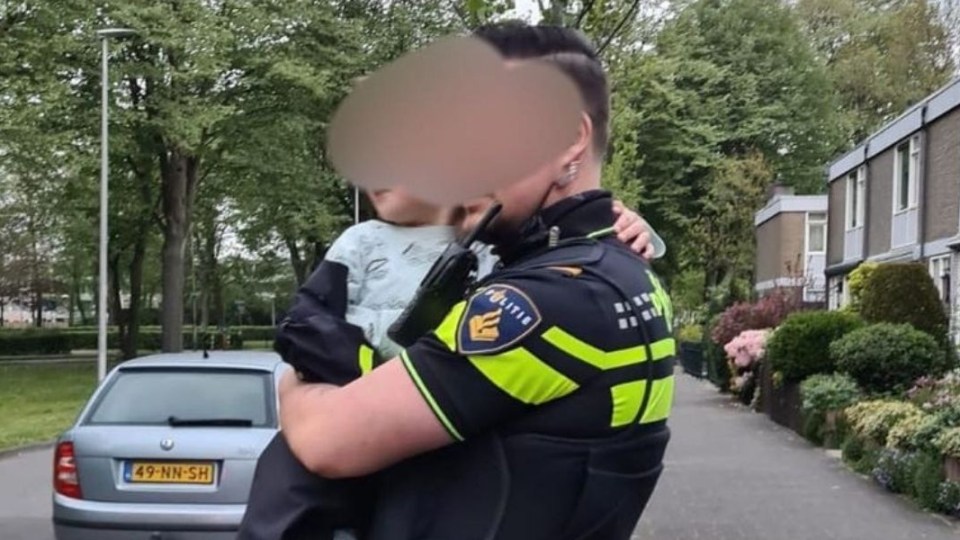 Luckily no one was injured when a young Dutch boy crashed his mum's car into two parked cars. Photo: Instagram/politie_utrechtnoord

A four-year-old boy has gone on a wild ride in the Netherlands after taking his mum’s car for a spin.

The preschooler crashed into two cars before fleeing the scene barefoot.

Local residents sounded the alarm on Saturday (local time) after they spotted him walking alone in the cold, dressed only in his pyjamas.

“We immediately responded, as bystanders were worried that the boy was suffering from hypothermia,” Utrecht Police wrote on social media.

Soon after officers arrived, they got a second report of a hit-and-run incident nearby, with an abandoned car left at the scene.

The police shortly discovered the vehicle was registered to the boy’s mother, who they called on the phone.

“When she spoke to her son, he made noises resembling a car and used gestures showing turning a steering wheel,” police said.

“We then realised that the child may have been the driver.”

After being given a hot chocolate and a teddy bear, the boy – whose name has not been released – was reunited with his mother.

He was then taken to the crash scene, where he was asked if he could show how the car worked. Police were astounded when he confidently took the keys, hopped inside and started the vehicle.

Luckily no one was hurt in the collision.

Dutch police made light of the situation, likening the boy to Belgian-Dutch Formula One star Max Verstappen.

“New Max Verstappen discovered in #Overvecht … Fortunately, this mini driver’s adventure has come to an end with a sizzle.”

The boy reportedly snagged the keys to his mum’s car when his dad headed to work.

Officers encouraged the boy’s parents to hide their keys to prevent another surprise joyride.