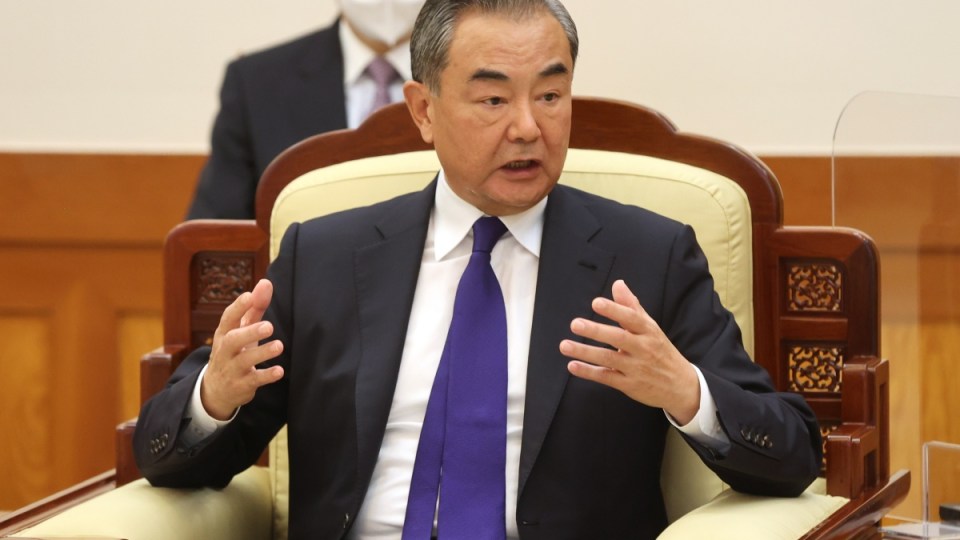 Foreign ministers from Russia and China have condemned what they call illegal and counterproductive Western sanctions imposed on Moscow over its action in Ukraine, the Russian foreign ministry says.

Chinese Foreign Minister Wang Yi held talks with his Russian counterpart, Sergei Lavrov, in the eastern Chinese province of Anhui, where China was set to host two days of meetings on Afghanistan.

The meeting comes a little over a month after Russia sent tens of thousands of troops into Ukraine in what Russia calls a special operation, triggering unprecedented Western sanctions.

Russia is looking to China for support and partnerships as it becomes ever more isolated from global financial systems and supply chains.

“The sides noted the counterproductive nature of the illegal unilateral sanctions imposed on Russia by the United States and its satellites.”

The ministry said the two ministers had agreed that Russia and China would continue to strengthen their strategic partnership and to speak on global affairs “with a united voice”.

“It was agreed to further strengthen foreign policy co-ordination and to widen co-operation on the bilateral track and in various multilateral formats,” the ministry said.

Wang said Chinese and Russian relations had “withstood the test of international turbulence” and there was an increased willingness by them to develop relations that had “grown resiliently”, China’s Phoenix TV reported.

“There is no limit to China-Russia cooperation, no limit to our efforts to achieve peace, safeguard security and oppose hegemony,” a Chinese foreign ministry spokesman told a media briefing in Beijing.

“China-Russia relations are non-aligned, non-confrontational and not targeted at any third party,” the spokesman said.

Lavrov, who on Monday said Russia’s relations with China were at their strongest level ever, had arrived earlier in China for talks hosted by Wang that were set to include representatives from Afghanistan’s ruling Taliban as well as Pakistan, Iran, Tajikistan, Turkmenistan and Uzbekistan.