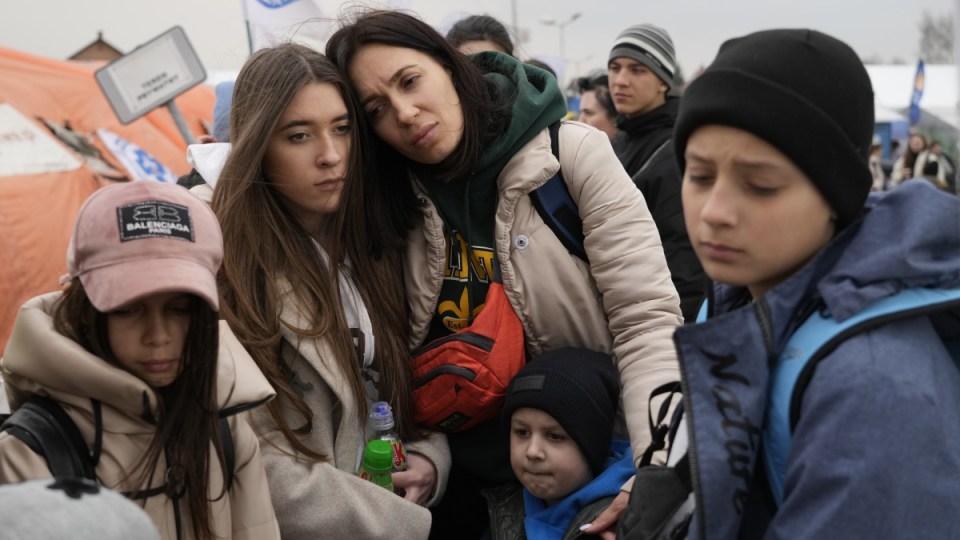 The UN refugee agency says more than four million refugees have now fled Ukraine since Russia launched its war in the largest refugee crisis in Europe since World War II.

The new figure was posted on an UNHCR website. More than 2.3 million have arrived in Poland, but many have travelled onward to other countries or back into Ukraine.

Aid workers say the numbers have eased in recent days as many people await developments in the war. An estimated 6.5 million people have also been displaced from their homes within the country.

From the onset of the war, UNHCR had projected that about four million people might flee Ukraine – though it has repeatedly said that it has been reassessing its forecasts.

“Refugees from Ukraine are now four million, five weeks after the start of the Russian attack,” UN High Commissioner for Refugees Filippo Grandi tweeted as he crossed the border into Ukraine.

Grandi said he would be in the western city of Lviv and would discuss ways to increase its support “to people affected and displaced by this senseless war.”

UNHCR teams and their partners have been working to deliver protection, emergency shelter, cash assistance, core relief items and other critical services for those who have fled.