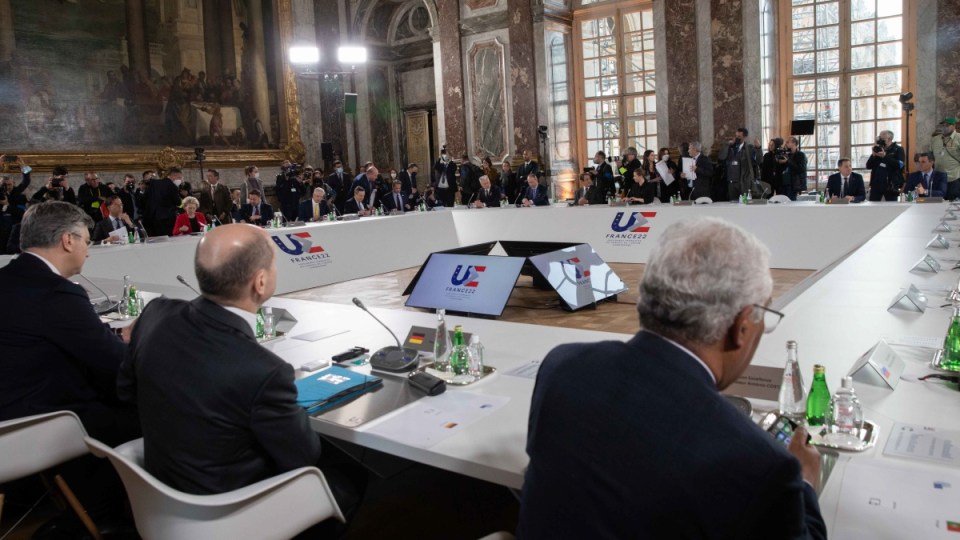 The EU is walking a fine line between supporting Ukraine and avoiding the risk of war with Russia. Photo: Getty

European Union leaders have gathered to agree on a joint response to the war in Ukraine, with differing views on how far to go with economic sanctions, how quickly to cut Russian energy imports, and whether or not to let Kyiv join their bloc swiftly.

Russia has waged war on its smaller neighbour since February 24, when it attacked from land, sea and air to remove Ukraine’s pro-Western government in an attempt to abort the former Soviet republic’s bid to join the EU and NATO.

The fighting has sent more than two million refugees fleeing to the EU, which has slapped unprecedented sanctions on Russia and offered political and humanitarian support to Ukraine, as well as some arms supplies.

“We want a free and democratic Ukraine with whom we share a common destiny,” European Commission President Ursula von der Leyen said on Thursday.

But other leaders made clear Ukraine would not be allowed to join their wealthy club quickly, something Ukrainian President Volodymyr Zelenskiy has sought and which has some support from Ukraine’s neighbours on the EU’s eastern flank.

German Chancellor Olaf Scholz said the EU should deepen its partnership with Ukraine rather than speak of membership, which would require the unanimity of all the 27 member countries.

Mr Scholz did not comment on whether the bloc should ban Russian oil imports, which would also require all members’ agreement and which Berlin has ruled out so far. Russia supplies about a third of Germany’s gas and crude requirements.

“We have to stop this,” he told reporters. “Ukraine is fighting our fight, they are fighting the military fight. We must supply them in every possible way.”

“With sanctions, we should go much faster and much further.”

Meeting in the opulent Palace of Versailles outside Paris, EU leaders trod a fine line between their wish to support Ukraine and to avoid the risk of being sucked into war with nuclear-armed Russia.

“Can we open a membership procedure with a country at war? I don’t think so. Can we shut the door and say never? It would be unfair,” said French President Emmanuel Macron. “Let’s be cautious.”

Just before the summit, Macron and Scholz demanded an immediate ceasefire in Ukraine during a joint phone call with Russian President Vladimir Putin.

The leaders also sought to agree how quickly they could reduce imports of Russian energy, how they could step up their defence capabilities, and how they might stem food price inflation.

“The war in Ukraine is an immense trauma … But it is also most definitely something which is going to lead us to completely redefine the structure of Europe,” Mr Macron said.