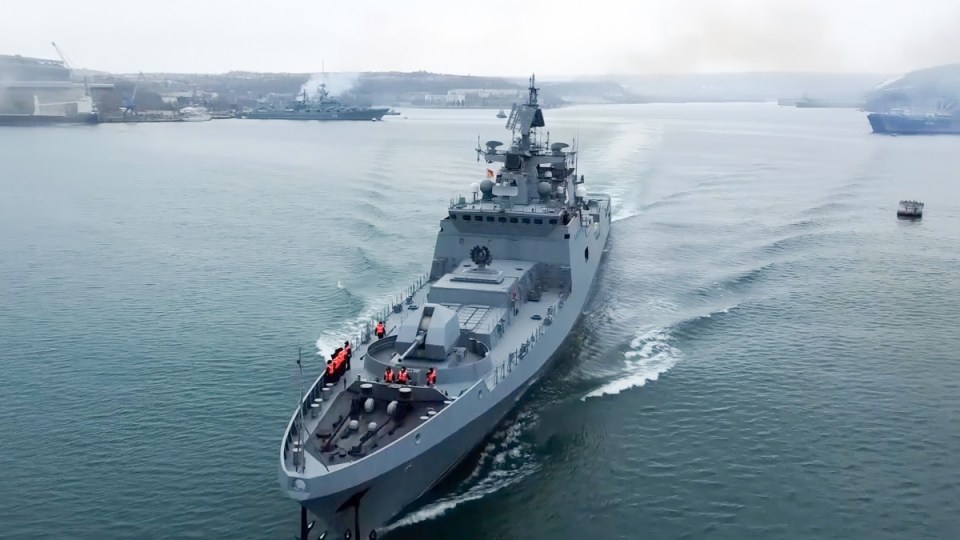 Ukraine's army assumed 13 soldiers were killed by Russian forces after it lost connection with them. Photo: Getty

The Ukrainian soldiers from the tiny Black Sea island of Zmiinyi or Snake Island are being held in captivity by Russia, according to the Ukrainian navy.

“We are very happy to learn that our comrades-in-arms are alive and well,” the navy said on Facebook.

The Ukrainian soldiers had surrendered after running out of ammunition, it said.

Russia destroyed the entire infrastructure of the island, including lighthouses, towers and antennas.

Earlier, the navy reported the 13 soldiers had repelled two attacks by Russian forces but in the end were forced to surrender “due to the lack of ammunition”. Their defiant last stand was caught in an unverified audio recording that emerged online last Friday.

Listen to the confrontation (language warning)

Although Russia’s defence ministry had said they were captured, Ukrainian officials assumed the soldiers were dead after it lost connection with the island.

However, the Russian military later shared pictures of the prisoners arriving in Sevastopol, in Crimea, where they are being held.

Ukrainians online circulated an unverified recording of a Russian warship ordering the Ukrainian outpost on the island to surrender.

Snake Island is about 50 kilometres off the southern tip of the Ukrainian mainland in the north-western Black Sea. It’s about 300 kilometres west of Crimea, Ukrainian territory that was annexed by Russia in 2014.

Although it covers only about 18 square hectares, the island is considered crucial to Ukraine’s maritime claims in the Black Sea.

Ukraine President Volodymyr Zelenskiy had said the 13 guards had been killed by a Russian strike and would receive posthumous honours.