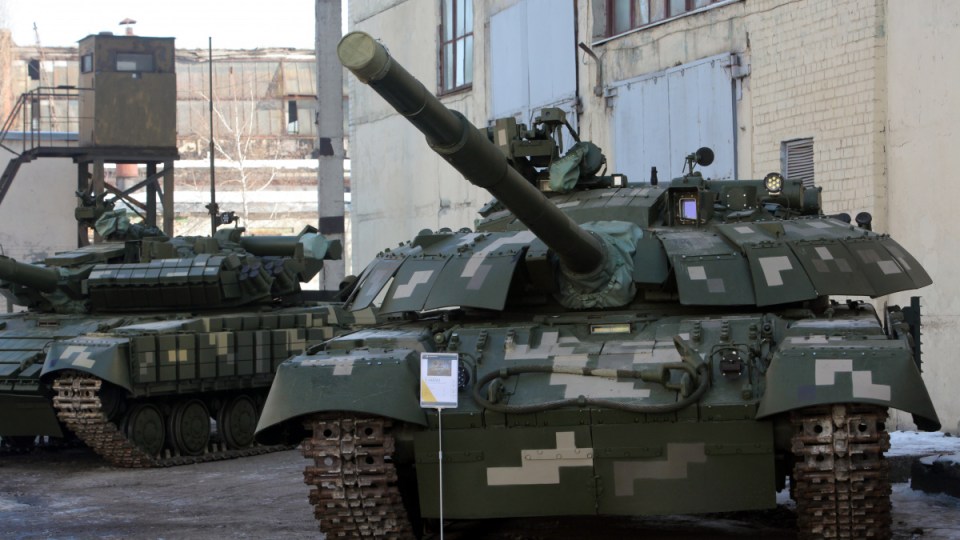 Russian President Vladimir Putin has ordered “peacekeepers” into two breakaway regions in eastern Ukraine, upping the ante in a crisis the West fears could unleash a major war.

Mr Putin’s orders came just hours after a speech in which he recognised Donetsk and Luhansk as independent and announced recognition for Russia-backed separatists there, drawing US and European vows of new sanctions.

Within an hour of the announcement on Tuesday morning (Australian time), US President Joe Biden called his Ukrainian counterpart Volodymyr Zelensky to condemn the decision.

Mr Biden spoke to Mr Zelensky “to reaffirm the commitment of the United States to Ukraine’s sovereignty and territorial integrity”, the White House said.

British Foreign Secretary Liz Truss said she had spoken to European foreign policy chief Josep Borrell, and the pair had agreed that Britain and the EU would “coordinate to deliver swift sanctions against Putin’s regime and stand shoulder-to-shoulder with Ukraine”.

Ms Truss said she also spoke to Ukrainian foreign minister Dmytro Kuleba to offer her “full support” and discuss the sanctions Britain and its allies would enforce.

Continuing his pre-election campaigning in Tasmania on Tuesday, Prime Minister Scott Morrison said Australia would be “in lockstep” with allies such as the US, Britain and France if they imposed sanctions on Russia.

“Russia should step back. It should unconditionally withdraw, back behind its own borders and stop threatening its neighbours,” he said.

“We’ve seen this behaviour before and seeking to take opportunity to threaten a neighbour for their own advantage is just simply not on. Is unacceptable, it’s unprovoked, it’s unwarranted.”

It was not immediately clear on Tuesday the size of the force that Mr Putin would send to the disputed territories, when they would cross the border into Ukraine and exactly what their mission would be.

In a lengthy televised address on Monday, a visibly angry Mr Putin described Ukraine as an integral part of Russia’s history and said eastern Ukraine was ancient Russian lands and that he was confident the Russian people would support his decision.

Russian state television showed him, joined by Russia-backed separatist leaders, signing a decree recognising the independence of the two Ukrainian breakaway regions along with agreements on cooperation and friendship.

Defying Western warnings against such a move, Mr Putin had announced his decision in phone calls to the leaders of Germany and France earlier, both of whom voiced disappointment, the Kremlin said.

Moscow’s action may well torpedo a last-minute bid for a summit with US President Joe Biden to prevent Russia from invading Ukraine.

The White House said Mr Biden would soon issue an executive order prohibiting “new investment, trade, and financing by US persons to, from, or in” the two breakaway regions.

European Commission president Ursula von der Leyen and European Council president Charles Michel said in a joint statement that the EU “will react with sanctions against those involved in this illegal act”.

NATO Secretary-General Jens Stoltenberg accused Russia of continuing to fuel the conflict in eastern Ukraine and “trying to stage a pretext” for a further invasion. Russia annexed Crimea from Ukraine in 2014.

In his address, Mr Putin delved into history as far back as the Ottoman empire and as recent as the tensions over NATO’s eastward expansion – a major irritant for Moscow in the present crisis.

With his decision, he brushed off Western warnings that such a step would be illegal, would kill off peace negotiations and would trigger sanctions against Moscow.

He said earlier that “if Ukraine was to join NATO it would serve as a direct threat to the security of Russia”.

Mr Putin has for years worked to restore Russia’s influence over nations that emerged after the collapse of the Soviet Union, with Ukraine holding an important place in his ambitions.

Russia denies any plan to attack its neighbour, but it has threatened unspecified “military-technical” action unless it receives sweeping security guarantees, including a promise that Ukraine will never join NATO.

Despite swift sanctions threats, it was not immediately clear how closely Western governments would coordinate their actions. Earlier this week, US and European officials said the US and allies were not totally in agreement about how to respond in case of stepped-up support for pro-Russian separatists.

Mr Putin’s move will also narrow the diplomatic options to avoid war, as it is an explicit rejection of a seven-year-old ceasefire mediated by France and Germany, touted as the framework for future negotiations on the wider crisis.

Both developments fit a pattern repeatedly predicted by Western governments, which accuse Russia of preparing to fabricate a pretext to invade by blaming Kyiv for attacks and relying on pleas for help from separatist proxies.

Washington says Russia has massed a force of up to 190,000 troops in the region, including the rebels in the breakaway regions, and could invade within days.

European financial markets tumbled at the signs of increased confrontation, after having briefly edged higher on the glimmer of hope that a summit might offer a path out of Europe’s biggest military crisis in decades. The price of oil – Russia’s main export – rose, while Russian shares and the rouble plunged.

‘Justice for Benedict’: Why Bridgerton’s third season is straying from the books in a major way
Greece to close football fans clubs until August after teen’s murder
Today's Stories