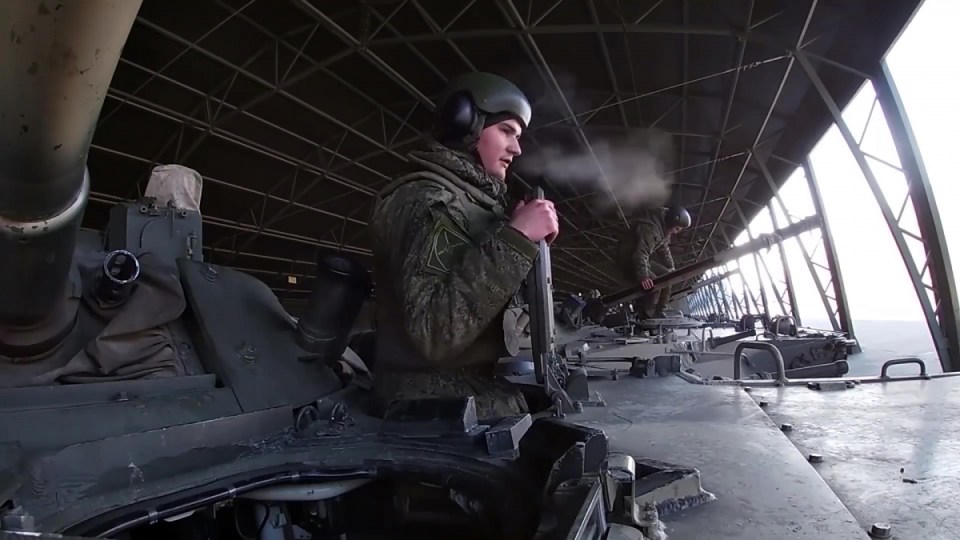 Russia has massed 10,000 troops on its border with Ukraine. Photo: Russian Defence Ministry

Russia describes its troops massed on Ukraine’s border as “not a threat” but a warning against “reckless military adventures” backed by the West.

“When the Western countries now, including Australia, are expressing their support, either verbally or in material terms, or by sending arms to Ukraine, they embolden Kyiv to continue their line of sabotage,” he said on Friday.

“We think that such expressions of support are very dangerous because they lead to provocations, they lead to war.”

Dr Pavlovsky also claimed Russia was not being aggressive by massing troops on the border with Ukraine.

“Our troops are not a threat. They are a warning to Ukraine not to try any reckless military adventures, not to interpret the support they have from the West as carte blanche to do such crazy things,” he said.

“If such is the level of analysis informing Australian policy, then it is definitely a worrying sign,” Dr Pavlovsky said.

“Australians definitely are entitled to more meaningful understanding of the situation than comic book style propaganda like Batman versus Joker.”

Australia earlier this week evacuated some diplomatic staff and their families from Ukraine and upgraded its advice to “do not travel”.

Dr Pavlovsky accused the Morrison government of “fanning hysteria” from thousands of kilometres away.

The last time a Russian ambassador to Australia held a media briefing was in 2018.

Troops a warning, not a threat: Russian ambassador