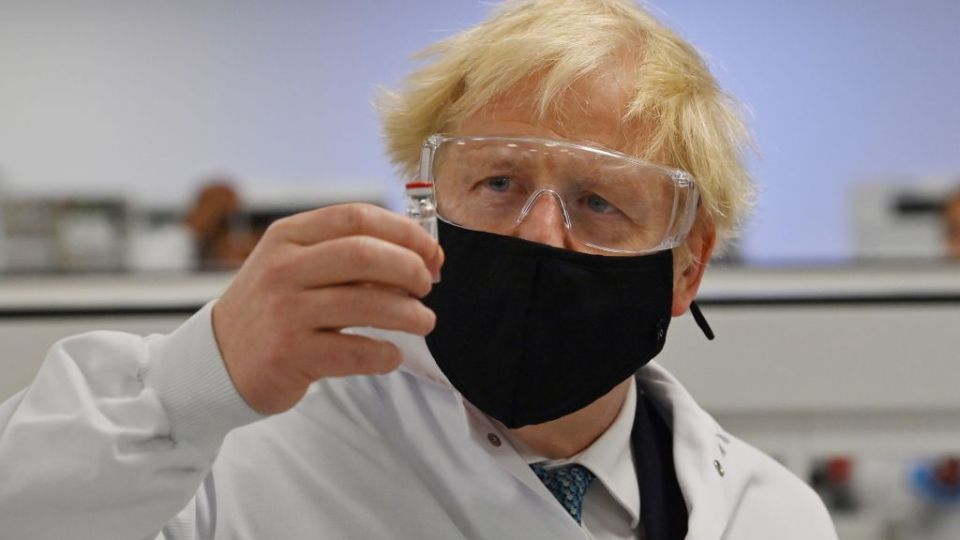 Health authorities in the United Kingdom, Germany and Russia are dealing with a surge of coronavirus cases amid talk of curbs returning to stem the spread of infections.

The UK recorded the highest number of new cases of COVID-19 since July over the past week, government figures showed on Saturday, just one day after Prime Minister Boris Johnson played down the prospect of a return to lockdown.

Data showed 333,465 people in the UK tested positive for COVID-19 over the past seven days, up 15 per cent on the previous week and the highest total since the seven days to July 21.

Daily death figures were only available for England and showed 135 fatalities within 28 days of a positive test.

Deaths have risen by 12 per cent over the past week and the total since the start of the pandemic now stands at 139,461, the second highest in Europe after Russia.

While vaccination and better medical treatment have sharply reduced deaths compared with previous waves of the disease, hospitals are already stretched and the UK’s current death rate is far higher than many of its European neighbours.

Government health advisors said on Friday that preparations should be made for the possible reintroduction of measures to slow the spread of the disease, such as working from home, as acting early would reduce the need for tougher measures later.

Johnson, however, said he did not expect a return to lockdown.

“We see absolutely nothing to indicate that is on the cards at all,” he said on Friday.

Meanwhile, the number of COVID-19 infections in Germany has hit exactly 100 per 100,000 people in the past seven days, the highest rate since mid-May, data from the country’s disease control agency showed.

For comparison, the previous day the value had been 95.1 and a week ago 70.8, according to the Robert Koch Institute (RKI).

The health offices in Germany reported 15,145 new infections to the RKI in the past 24 hours as of early Saturday.

Across Germany, 86 deaths were recorded within 24 hours, up from 75 a week ago.

About 66 per cent of Germany’s population is fully vaccinated.

Europe as a whole is registering a climb in cases and hospitalisations – sometimes startlingly high, depending on the country – as colder weather sets in and vaccine uptake lags in places.

Central and eastern Europe have experienced the worst of the wave: Russia’s daily case count keeps hitting all-time highs, Poland said this week it was facing an “explosion” of infections and Latvia has started a month-long lockdown.

Russian authorities reported a record high number of coronavirus infections and COVID-19 deaths as the country approaches a week of non-working days aimed at stemming the sharp surge in cases.

The country’s coronavirus task force said on Saturday that 1075 people had died from the virus in the past day and that 37,678 new infections were tallied – the largest single-day numbers of the pandemic.

The daily death toll is about 33 per cent higher than that recorded in late September and infection cases have risen by about 70 per cent in the past month.

From bad to worse in Russia

Only about one-third of Russia’s 146 million people have been vaccinated, frustrating officials and placing a strain on the country’s health care system.

Facing widespread resistance to vaccination, President Vladimir Putin has responded to the worsening situation by ordering people to stay away from work between October 30 and November 7.

Many regions are imposing additional restrictions, including closing gyms, theatres and sit-down service at restaurants or restricting them to customers who can show QR codes confirming that they are fully vaccinated.