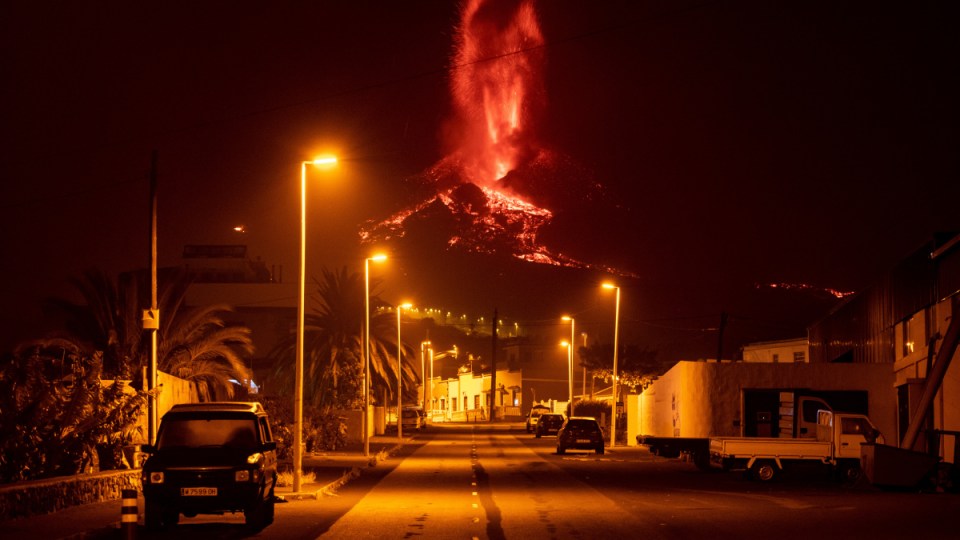 The eruption of Cumbre Vieja threatens more homes after part of its crater collapsed. Photo: Getty

Authorities on the Spanish island of La Palma say they are tightening their surveillance of an erupting volcano after part of the crater collapsed and unleashed a cascade of more liquid and faster-moving lava.

The crater was “like a dam,” said Maria Jose Blanco, a director of the National Geographic Institute on the Canary Islands.

When part of its wall collapsed, fiery molten rock poured out from a “lava lake” inside.

The more fluid lava followed the same course as previous molten rock that has hardened, filling up gaps and spilling over the sides into surrounding countryside.

The river of lava is now 1250 metres wide – 300 metres wider than on Sunday, when the crater partially crumbled.

More earthquakes also rattled the island on Monday (local time), although officials said they were deep underground and were not expected to create new fissures.

The volcano on the Cumbre Vieja ridge, which began erupting two weeks ago, has become more explosive after subsiding for several days last week.

The Canary Islands Volcanology Institute showed images of football-sized chunks of lava, which it called “volcanic bombs,” hurled hundreds of metres from the crater.

“It’s not over yet, we don’t even know how long there is to go,” Canary Islands’ regional president Angel Victor Torres told public broadcaster RTVE.

Most of La Palma, where about 85,000 people live, has been unaffected by the eruption.

But the lava is causing significant damage to property, public infrastructure and farmland.

It has so far partially or completely wrecked more than 1000 buildings, mostly homes, and destroyed nearly 35 kilometres of roads, according to a European Union satellite monitoring agency.

The volcanic emergency committee ordered emergency workers and scientists to pull back from the area around the volcano because of poor air quality.