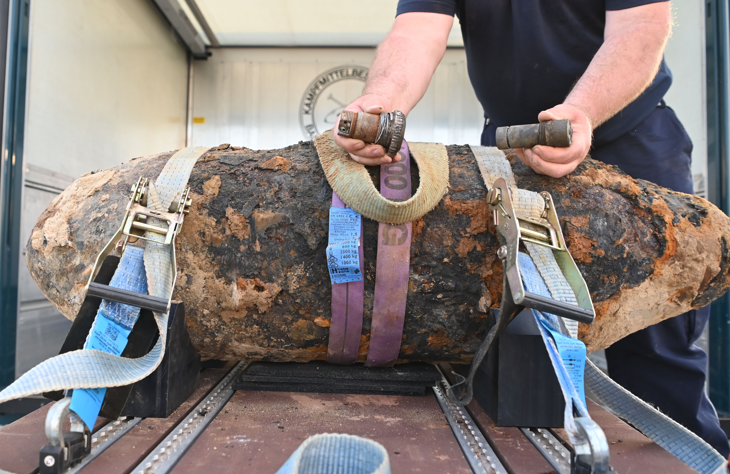 Millions of bombs fell on Germany during WWII, and thousands - like this one -- remain unexploded. Photo: Getty

An unexploded bomb from the Second World War will be defused in the western German city of Dortmund after thousands of people were evacuated.

A 250-kilogram bomb of British origin is suspected to be in the ground, a spokesman for the city said on Sunday.

It was previously unclear whether a bomb would actually be found or only harmless pieces of metal.

To be on the safe side, the city had planned an evacuation, which, according to the city, began on Sunday morning at 8am.

In total, about 7200 people from almost 4600 households will have to leave the area in the city centre.

According to the prison management, more than 200 inmates had already been distributed from the prison to other prisons in Bochum, Essen, Cologne and Bielefeld.

The last 87 inmates were to be transferred to other prisons on Sunday morning.

Blast from the past forces Germany evacuation