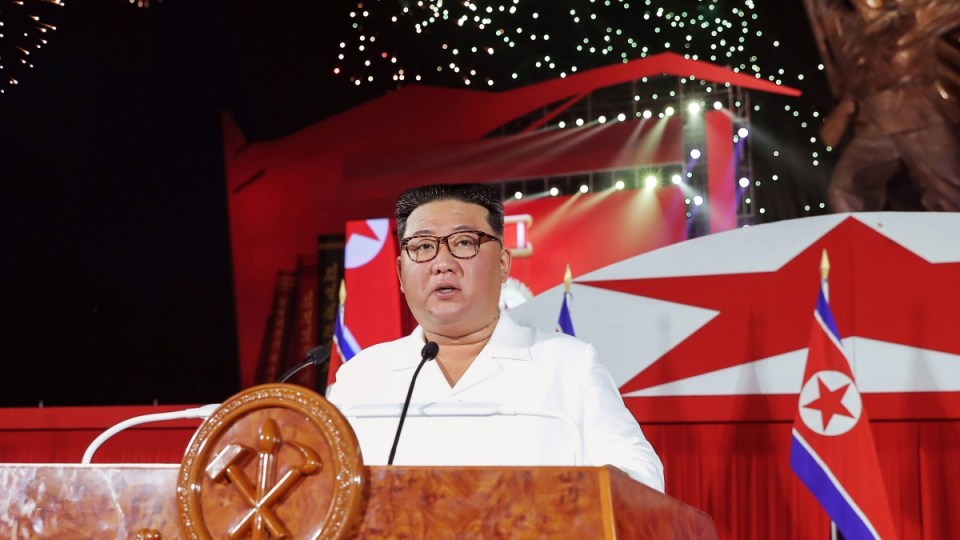 North Korean leader Kim Jong-un has warned his country is ready to mobilise its nuclear war deterrent and counter any US military clash, and he has criticised South Korea’s new president for the first time, warning Seoul is pushing towards the brink of war.

Kim made the remarks during a speech at an event to mark the 69th anniversary of the July 27 Korean War armistice, which left the two Koreas technically still at war, according to the official KCNA news agency on Thursday.

The confrontation with the United States posed nuclear threats since the 1950-53 war and required the North to achieve an “urgent historical task” of beefing up its self defence, Kim said.

“Our armed forces are thoroughly prepared to respond to any crisis, and our nation’s nuclear war deterrence is also fully ready to mobilise its absolute strength faithfully, accurately and promptly to its mission,” he said.

Yoon’s office expressed deep regret over Kim’s “menacing” remarks, saying South Korea is capable of “strongly and effectively” responding to any provocations at any time.

“We once again urge North Korea to take the path of dialogue to achieve substantive denuclearisation and peace,” Yoon’s spokeswoman Kang In-sun told a briefing.

Kim’s speech came after Seoul and Washington officials said Pyongyang has completed preparations to conduct its first nuclear test since 2017.

South Korea’s unification minister handling inter-Korean affairs said on Tuesday there was a “possibility” of the test around the anniversary of the armistice, though a military official said there were no immediate signs for it.

North Korea was likely to face stronger sanctions including measures targeting its cyberattack capabilities if it went ahead with the test, South Korea’s foreign minister said on Wednesday.

In the speech, Kim said Washington continued “dangerous, illegal hostile acts” against the North, and sought to justify its behaviour by “demonising” the country.

The North has long accused the US of double standards over military activities and pursuing a hostile policy towards Pyongyang, saying it hampers a restart of talks aimed at dismantling the country’s nuclear and missile programs in return for sanctions relief.

Their “heinous” policy towards the North and “toadyish, treacherous acts” were pushing the situation to the brink of war, he said.

North Korea in recent months has tested hypersonic missiles and missiles that it says could carry tactical nuclear weapons, narrowing the time that Seoul would have to respond to a pending attack.

Seoul’s defence ministry said it would continue reinforcing its own capabilities and the US extended deterrence, including its nuclear umbrella to better respond to Pyongyang’s threats.