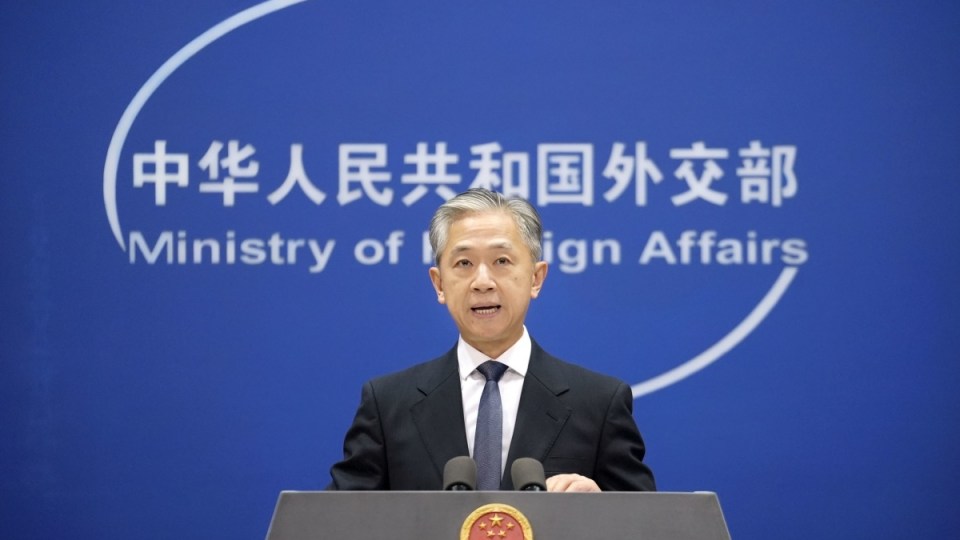 China is claiming it broke no rules after two officials apparently crashed a Pacific Islands Forum address by US Vice President Kamala Harris.

This week’s leaders’ summit has been soaked in geopolitical tension between China and the US, amid their heightened interest in the region.

A race for influence in the Pacific has hotted up following a security tie-up between China and the Solomon Islands, signed earlier this year.

“We are seeing a multipolar system emerge, all clamouring to shape the world in their favour,” he said.

“We have seen this in our region in the past few months.”

In the months leading up to the summit, China signed more than 40 bilateral deals with Pacific nations, including the agreement with Honiara.

The United States responded on Wednesday, when Ms Harris announced – via videolink – a fishing deal that will send $US600 million (about $A890 million) to Pacific coffers, new embassies in Kiribati and Tonga, and further engagement.

“We recognise that in recent years the Pacific Islands may not have received the diplomatic attention and support that you deserve … we are going to change that,” she told the meeting.

Two unauthorised Chinese officials were spotted inside the room as her address took place.

The Guardian reported they were asked to leave by police, while the ABC reported the two men were defence attaches.

Neither the forum or local Chinese officials have responded to requests for comment, but Chinese Foreign Ministry Spokesman Wang Wenbin “set the record straight” from Beijing overnight.

“Chinese representatives have been invited to attend relevant meetings and events,” he said.

Mr Wang downplayed the perceived diplomatic snub to China – which did not, unlike the US, receive an invitation to address the summit – saying Ms Harris’ address was a speech to a “meeting on fisheries”.

Speaking from Suva, Mr Albanese described his meeting with Manasseh Sogavare “very constructive”, saying he was “very confident” the Solomons’ new tie-up would not result in the establishment of Chinese military bases.

Mr Albanese said he did not ask for the deal to be rejected but stressed “the interests of Australia would not be served by having a military base so close to where Australia is”.

“I expressed clearly that it would be New Zealand’s deep concern to see anything that contributed to the militarisation of our region,” she said.

“On that, the prime minister agrees. His expression was that it is not in the Pacific family or indeed Solomon Islands’ interests to see the militarisation of our region. So there is common ground.”