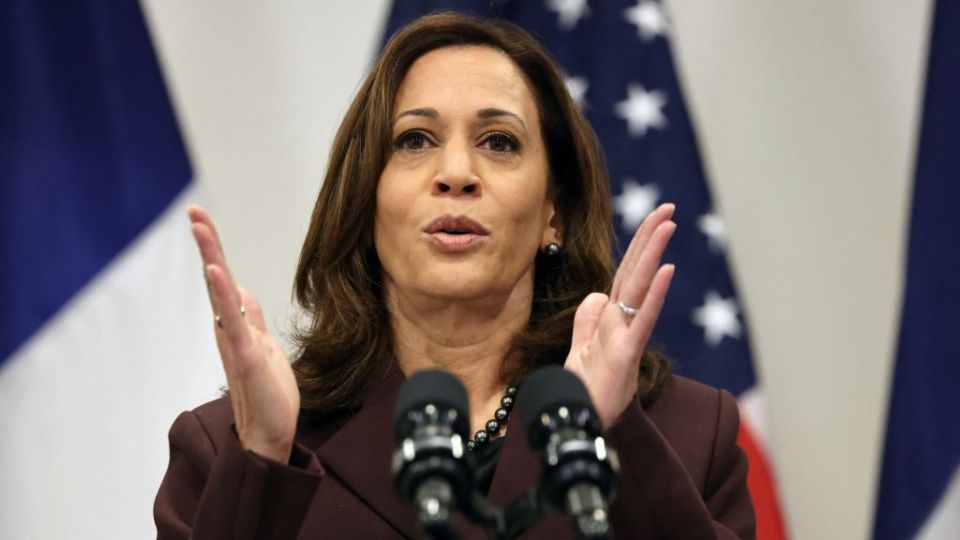 The White House says Kamala Harris will underscore the commitment of the US to the Pacific Islands.

Veteran Pacific-watchers have labelled the move “unprecedented”, coming amid reports China has been blocked from participating in the week’s leaders summit in Fiji.

The region’s relationship with the two global superpowers is a hot topic in Suva, as China and the US jostle for influence.

The invitation, extended by Pacific Islands Forum host Fiji, is viewed as a diplomatic coup for the United States.

“At the behest of many in the region, (the US) is now seeking to re-engage again, to step back up to the expectations that already exist in the region,” she said from Nasinu, near Suva, on Tuesday.

“They weren’t as present as they perhaps have been in the past. I see that more as a statement of fact rather than a judgment.

“There’s been a call for more engagement and you see the response to that.”

A White House statement released on Tuesday said Ms Harris would “underscore the commitment of the United States to the Pacific Islands” and discuss deepening that commitment.

However, Ms Harris’ invitation leaves China in the cold, and likely to respond.

Already this year, Chinese Foreign Minister Wang Yi has toured the Pacific, signing a suite of bilateral deals including a security tie-up with the Solomon Islands that has concerned Australia and New Zealand.

A broader multilateral framework was rejected by Pacific nations in a rebuff of Beijing’s assertive diplomacy.

Analysts believe China may be behind the departure of Kiribati from PIF. It withdrew from the forum on the weekend blaming a lack of support for Micronesia.

“China does not interfere in the internal affairs of Pacific Islands countries (PICs) and hopes to see greater solidarity and closer cooperation among PICs for common development,” Wang Wenbin said.

As the contest between superpowers plays out in one of the world’s least developed regions, Ms Ardern said the “more contested environment” in the Pacific brought opportunities but also worries.

“China is … a development partner who’s been around the Pacific for decades but it’s certainly increasing their activity and changing the way in which they engage,” she said.

“There are elements of that, particularly when it comes to the security arrangements of the region, that concern us.”

“We don’t want the militarisation of our region.”

Australian Foreign Minister Penny Wong, in Suva ahead of Prime Minister Anthony Albanese’s arrival on Wednesday, said the US invitation was “a matter for the forum and the chair”, and she wasn’t aware of Chinese requests for similar involvement.

“Fiji sets the agenda. Fiji and the secretary general look at how the forum is to be run,” she said.