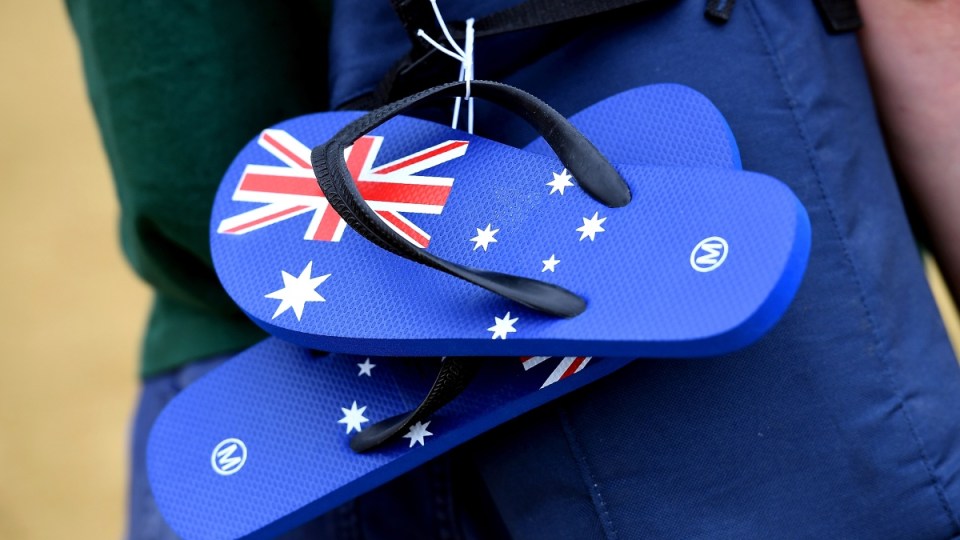 Australians returning from a Bali holiday are being urged to throw out their dodgy old thongs to help avoid spreading foot and mouth disease – with the country’s farmers even offering to help meet the cost of new “pluggers”.

The National National Farmers’ Federation is so worried about the potential spread of foot and mouth from Indonesia that it’s offered to stump up 30 per cent of the cost of replacement thongs for any holidaymaker who dumped theirs.

The highly contagious livestock disease was detected on the archipelago in May and further spread to Bali last week, prompting alarm across Australia’s agriculture industry. It’s estimated the industry would take an $80 billion hit if the disease arrives here.

“Travellers need to clean off their footwear, to wash their clothes, to perhaps avoid going near any animals while they’re away and to avoid animal contact when they come back,” NFF president Fiona Simson said.

“We’re urging travellers in Bali to throw their thongs, ditch their footwear, bin their boots, and Ringers Western will give them a 30 per cent voucher on their return.

“I never thought we’d be helping people buy new shoes to keep my cattle safe, but here we are.”

Ms Simson said travellers who bought themselves a new pair of shoes after their holiday would be performing an act of national service.

“Foot and mouth disease loves to hitchhike on shoes,” she said.

“That means your dirty old holiday pluggers could be the thing that brings this disaster to our shores.”

Ms Simson is heading to Jakarta with Agriculture Minister Murray Watt for high-level government talks on Wednesday with Indonesian ministers to assess the nation’s response to the foot and mouth outbreak, and offer assistance. Australia’s chief vet Mark Schipp will also attend.

Ms Simson said it was critical Australia helped Indonesia to fight the disease.

“Indonesia is one of our most important trade and diplomatic partners,” she said.

“We’re working closely with Minister Watt and supporting him on this trip to Indonesia to understand the situation first hand and explore options for how we can support our partners in Indonesia.”

The NSW farmer said the offer to subsidise new pairs of thongs was a lighthearted response to a serious problem.

“We need travellers to be aware that they could inadvertently bring this virus in on their shoes, or on their clothing, or on goods they might bring into Australia,” she said.

Last week, biosecurity measures were strengthened at Australian airports after the livestock disease was discovered in Bali.

Detector dogs are operating at Darwin and Cairns airports and biosecurity officers are boarding flights from Indonesia to do checks of travellers arriving from Indonesia.

Dr Schipp said last week consideration was also being given to introducing footbaths for travellers arriving in the country from Indonesia.

Ms Simson welcomed any measures that could help stop the transfer of the disease.

“Let’s make sure we do everything we can to stop the disease, to make sure people’s footwear is not infected, is not carrying soil, and other matter that could be harbouring the virus.”