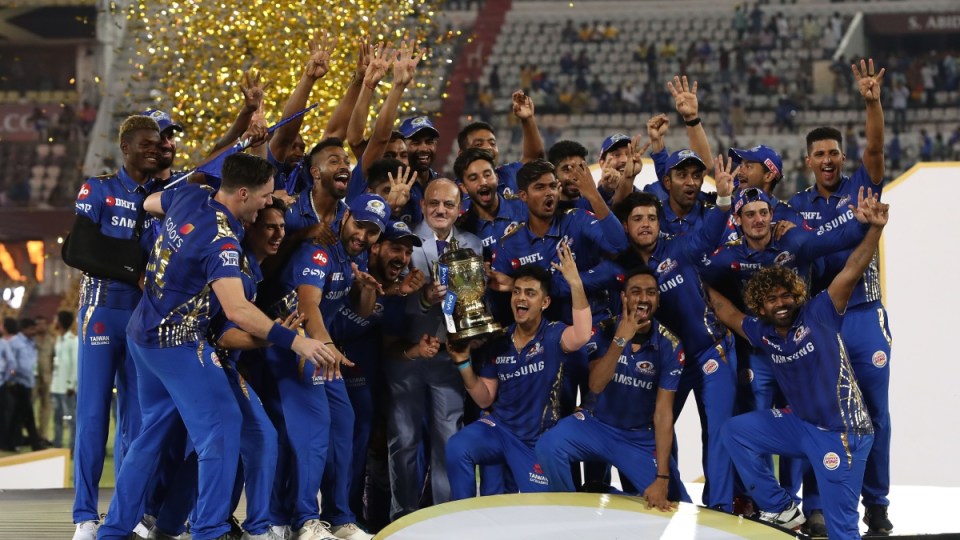 The genuine Mumbai Indians celebrate their defeat of the genuine Chennai Super Kings in the 2019 IPL final. Photo: Getty

Labourers masquerading as players, clever camera angles and fake team names have all be used in an elaborate hoax cricket league in western India to dupe Russian gamblers, police allege.

Designed to mimic the popular Indian Premier League, the fake matches involved a group of men in the western Indian state of Gujarat hiring a field, setting up cameras and asking local labourers to dress up in team uniforms and play cricket.

The fake players were reportedly paid $7.35 a match – rather less than genuine players get in the lucrative IPL. They took turns to wear jerseys of the Chennai Super Kings, Mumbai Indians and Gujarat Titans

“The accused had set up high-resolution cameras on the ground and used computer-generated graphics to display scores on a live streaming screen,” he said.

Sound effects of crowd noise were downloaded from the internet, while commentary came from a speaker who imitated one of IPL’s real Indian commentators.

“Play” was streamed on YouTube to unsuspecting betting operations in Russia, where locals could bet on match outcomes, Achal Tyagi, the top police official in Mehsana district told Reuters on Monday.

“They had umpires with walkie-talkie sets to officiate, as they have in IPL and international cricket matches. The setup was good enough to trick unsuspecting people into believing it was a genuine cricket league,” Mr Tyagi said.

Police arrested four people in connection with the case on Friday. By then, the alleged fraudsters had apparently reached the quarter-finals stage of their dubious tournament.

Mr Tyagi said the umpires told the players whether to score runs or get out depending on instructions given via the walkie-talkies they got from the organisers. The organisers, in turn, got their instructions from an accomplice in Russia on the Telegram app.

The fact the fake tournament began three weeks after the final of the actual IPA in May was apparently not enough to give the ruse away.

Betting on cricket is illegal in India, and the four arrested have been charged with criminal conspiracy and gambling, local officials said.

IPL, the world’s richest T20 league, was embroiled in an illegal betting scandal in 2013 that led to two-year suspensions for its Chennai and Rajasthan franchises.

The 10-team league’s popularity can be gauged from the sale of its media rights for the next five years, which fetched the organising Indian cricket board a whopping $A9.19 billion last month.