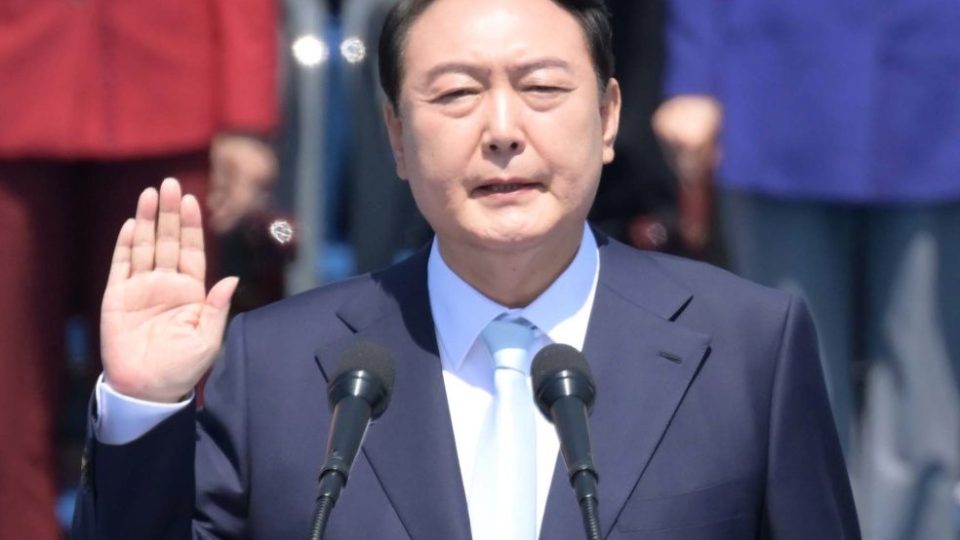 South Korea's Yoon Suk-yeol has placed his troops on alert to respond to the North's military moves. Photo: AAP

South Korea’s President Yoon Suk-yeol has ordered his military to “promptly and sternly” retaliate to any North Korean provocation amid concerns Pyongyang could conduct its first nuclear test in five years.

Yoon, who took office in May, presided over his first meeting with top military commanders and called for strong capabilities to deter North Korea’s nuclear and missile programs, the presidential office said.

North Korea has this year been conducting missile tests at an unprecedented pace, and is believed to be preparing for its seventh nuclear test, and its first since 2017.

The military meeting took place a day after US Air Force F-35A stealth fighters arrived in South Korea on their first publicly announced visit since 2017 as the allies and the nuclear-armed North engage in an escalating cycle of displays of weapons.

“President Yoon said strong defence capabilities should be ready to protect the country’s security and national interest as the security uncertainties surrounding South Korea and Northeast Asia are growing more than ever”, the presidential office said.

Last week, Yoon met with US President Joe Biden and Japanese Prime Minister Fumio Kishida on the sidelines of the NATO summit in Madrid and agreed to explore further means to reinforce “extended deterrence” against North Korea.